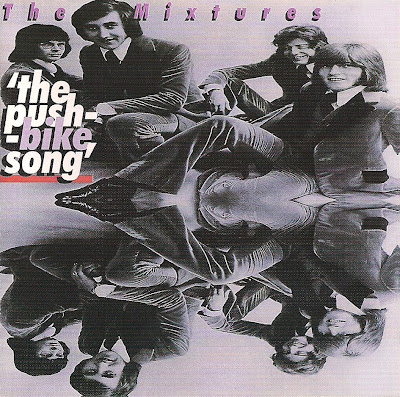 . They then met Laurie Arthur, a member of The Strangers, and the three decided to form a band together after a jam session. They quickly signed to EMI that same year and released three singles. They went through several line-up changes over the following few years, then signed to CBS Records in 1969. A few further singles followed before transferring to Fable Records in 1970.
As a result of the 1970 radio ban, during which many Australian radio stations refused to play Australian and British music released by major labels, the Mixtures recorded a cover of Mungo Jerry's "In the Summertime" and received much more airplay than had initially been expected for a group on a small record label. The single went to #1 in Australia for six weeks. They followed up with "The Pushbike Song" (produced by David Mackay), which went to #1 in Australia for two weeks, hit #2 in the UK Singles Chart,[1] and went to #44 on the Billboard Hot 100 in the U.S. after being released on Sire Records.
The next single, "Henry Ford", peaked at #43 in Australia. Further line-up changes ensued before "Captain Zero" went to #5 in Australia in 1971, their last big hit. The group released material together for several more years before breaking up in 1976. 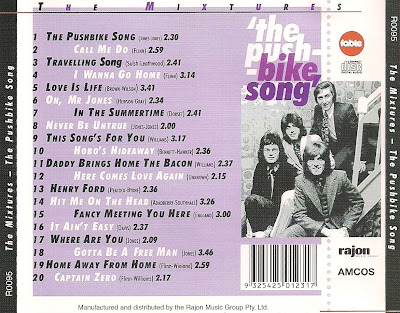