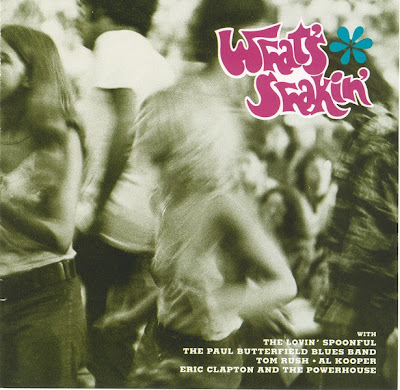 An odd, erratic, but interesting anthology of rare performances recorded by Elektra in the mid-'60s, when the label was just getting its feet wet with rock. Leading the way are the Paul Butterfield Blues Band, whose five tracks are very much in the style of their first LP; the Butterfield original "Lovin' Cup" is about as good as anything he ever did. Eric Clapton and the Powerhouse are a most interesting aggregation, also featuring Stevie Winwood, Paul Jones, Jack Bruce, and Spencer Davis Group drummer Pete York; their three tracks include early versions of "Steppin' Out" and "Crossroads," which Clapton would record with the Bluesbreakers and Cream, respectively. The Lovin' Spoonful's four tracks date from before reaching stardom with the Kama Sutra label; here they concentrate on blues and early rock & roll-style songs, which frankly don't measure up to their folk-rock. Rare tracks by Tom Rush and Al Kooper (who reworked his contribution "Can't Keep from Crying Sometimes" with the Blues Project) round out the set. 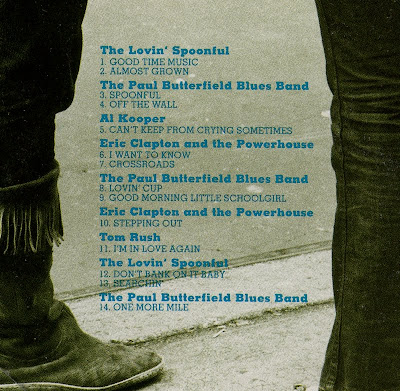