We The People - Declaration Of Independence 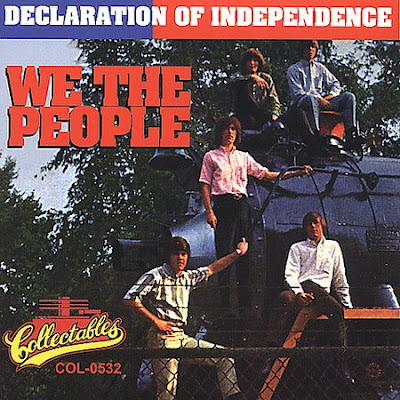 This 14-track compilation features some key sides from the Florida-based '60s garage rockers We the People. Their musical versatility works in tandem with the equally affective songwriting of Wayne Proctor (guitar/vocals) and Tommy Talton (guitar/vocals) -- the latter of whom would go on to work with the seminal Allman Brothers Band as well as his own Southern rock outfit, Cowboy.
Although We the People never got an album deal, the band issued half a dozen or so 45s for a variety of regional as well as national labels. In addition to a few stray sides, Declaration of Independence (1983) includes a majority of those singles.