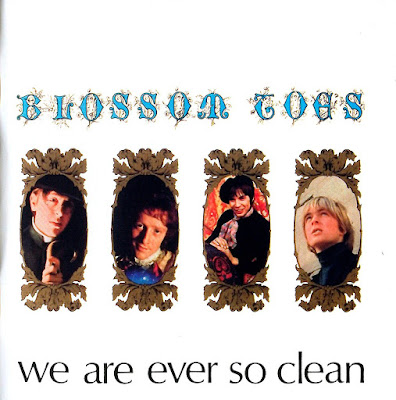 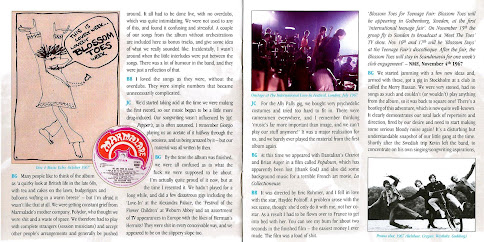 Members:
Barry Reeves (2), Brian Belshaw, Brian Godding, Jim Cregan, Kevin Westlake, Poli Palmer
They never had any commercial success in the U.K. or the U.S., but Blossom Toes were one of the more interesting British psychedelic groups of the late '60s. Starting as the Ingoes, just another of thousands of British R&B/beat bands of the mid-'60s, the group hooked up with legendary impresario Giorgio Gomelsky (early mentor of the Stones and manager of the Yardbirds and Soft Machine, among others) in 1966. Gomelsky changed their name and put them on his Marmalade label. Their 1967 debut LP was miles away from R&B, reflecting an extremely British whimsy and skilled, idiosyncratic songwriting more in line with Ray Davies. After some personnel changes, the group released their second (and final) album a couple years later. Another extremely accomplished work, it was markedly different in character than their first effort, showing a far more sober tone and heavier, guitar-oriented approach. The group broke up at the end of the decade; members Brian Godding and Brian Belshaw formed the equally obscure B.B. Blunder, and Godding became active on the fringes of the British experimental rock scene.

Imagine the late-'60s Kinks crossed with a touch of the absurdist British wit of the Bonzo Dog Band, and you have an idea of the droll charm of Blossom Toes' debut album. Songwriters Brian Godding and Jim Cregan were the chief architects of the Toes' whimsical and melodic vision, which conjured images of a sun-drenched Summer of Love, London style. With its references to royal parks, tea time, watchmakers, intrepid balloon makers, "Mrs. Murphy's Budgerigar," and the like, it's a distinctly British brand of whimsy. It has since been revealed that sessionmen performed a lot of these orchestral arrangements, which embellished the band's sparkling harmonies and (semi-buried) guitars. But the cello, brass, flute, and tinkling piano have a delicate beauty that serves as an effective counterpoint. The group sings and plays as though they have wide grins on their faces, and the result is one of the happiest, most underappreciated relics of British psychedelia. [Ten bonus tracks were added to the 2007 Sunbeam edition.] 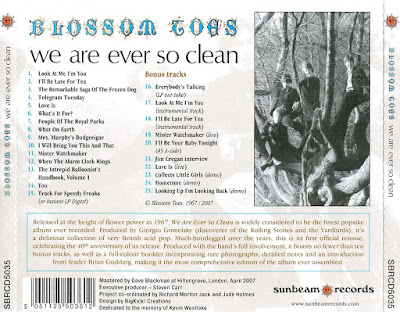