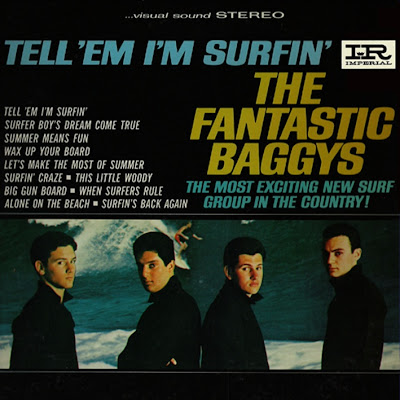 Although packaged and promoted as a bona fide group, the Fantastic Baggys were actually an L.A. studio project by the duo of P.F. Sloan and Steve Barri. Sloan and Barri wrote many first-rate (and second-rate) pop-rock and folk-rock tunes in the mid-1960s, but were at this point, as evidenced by the name of the group, doing surf and hot rod material.