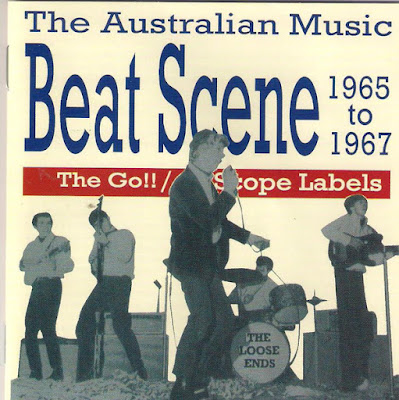 So you think that good Australian '60s rock & roll began and ended with the Easybeats, eh? This 31-song CD will make you think again and open some ears about some parallel development of garage-punk music as well. If the Ramones had come from Queensland instead of Queens, NY, they'd have been listening to and wearing out copies of Peter Briggs and the Vikings' "Some Other Guy," Tony and the Shantels' "On My Mind" on Go!!, or Scope Records' release of the Explosive Minds' version of Pete Townshend's "The Kids Are Alright." Apart from a couple of numbers by the Rondells that feature some decent Beatles/Searchers' style harmony singing, the sensibilities here are raw and to the point -- barely-in-tune guitars strummed hard, and vocals by guys who know what they want, and much of it surprisingly melodic as well, but tough. Most of it is more American-sounding than just about any British rock & roll of the era, and every cut is worth hearing more than once. Moreover, it's doubly astonishing when one appreciates that a significant percentage of this disc's cuts either made the Australian charts or came really close, and sold serious numbers in that market -- that may also explain why the Flamin' Groovies have had such an easy time transplanting themselves Down Under; they're of a piece with the stuff on this CD. 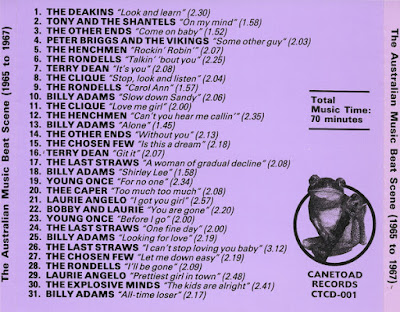