Zakary Thaks - It's The End The Definitive Collection 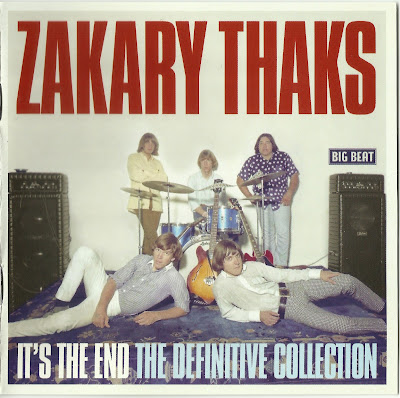 Sundazed assembled a Zakary Thaks comp called Form the Habit back in 2001 that seemed definitive. After all, the Corpus Christi teenage garage rockers released no more than six singles between 1966 and 1969 and all 12 songs were in place, along with three instrumental backing tracks, but 2015's It's the End: The Definitive Collection goes several steps further. Not only does reissue producer Alec Palao rely on the original single mixes but he's unearthed several forgotten masters along with three singles where Zakary Thaks' rhythm section of bassist Rex Gregory and drummer Stan Moore supported Mike Taylor in "Michael," the project he pursued after disbanding fellow Texas garage rockers the Bad Seeds. These new discoveries come at the expense of Sundazed's instrumentals but those aren't missed because this 22-track compilation paints a much richer portrait of a group that was one of the best unheralded American rock & roll outfits of the '60s. Zakary Thaks weren't pioneers as much as fierce synthesizers who channeled every upheaval of the British Invasion into wily, inventive rock & roll. Clearly, the group was enamored of the Kinks and the Yardbirds -- their record label was J-Beck, they covered "I Need You," one of the ravers is called "Face to Face," and "It's the End" nods at the chromatic descending stairsteps of "Sunny Afternoon" -- but they not only mimicked the full-throttle three-chord rush, they appropriated a similar sense of sonic adventure and jangly melodicism. This means they developed quickly during their nearly four years together, a progression that's underscored by unearthed recordings like "A Passage to India" that show how they were delving into psychedelia. Many of these later recordings show how adept the quartet was in navigating the shifting fashions of the late '60s -- "Mirror of Yesterday" is excellent ornate folk-rock, "Everybody Wants to Be Somebody" is happy, sunbleached pop -- but the dark pulsating "Green Crystal Ties" shows that the band behind the furious "Bad Girl" and "Won't Come Back" never quite mellowed. The fact that Zakary Thaks embodied, not influenced, the trends of their time hardly diminishes their music. This group of rampaging teenage Texans made passionate rock & roll that still sounds invigorating decades later, and this is the tribute they deserve. 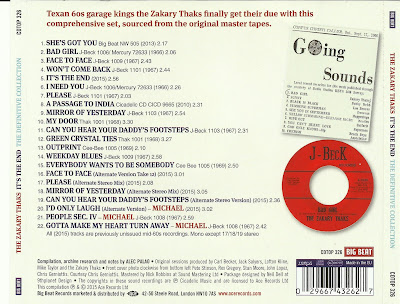