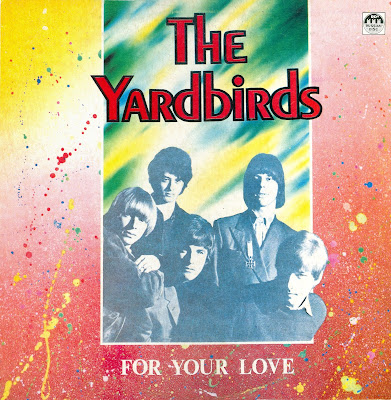 Back in 1965, this album seemed like a real mess, which was understandable, because For Your Love wasn't a "real" album, in the sense that the Yardbirds ever assembled an LP of that name or content. Rather, it was the response of their American label, Epic, to the band's achieving a number six single with the title track, with manager Giorgio Gomelsky selecting the cuts. The quasi-progressive "For Your Love," dominated by guest artist Brian Auger's harpsichord, is juxtaposed with hard-rocking blues-based numbers, almost all of which featured departed lead guitarist Eric Clapton (who is mentioned nowhere on the LP), with current lead guitarist Jeff Beck on just three tracks. The Clapton cuts, although primitive next to the material he was soon to cut with John Mayall, have an intensity that's still riveting to hear four decades later, and was some of the best blues-based rock & roll of its era. The three Beck sides show where the band was really heading, beyond the immediate success of "For Your Love" -- "I'm Not Talking" and "I Ain't Done Wrong" were hard, loud, blazing showcases for Beck's concise blues playing, while "My Girl Sloopy" was the first extended jam to emerge on record from a band on the British blues scene; the source material isn't ideal, but Beck and company make their point in an era where bands were seldom allowed to go more than four minutes on even an album track -- these boys could play and make it count. 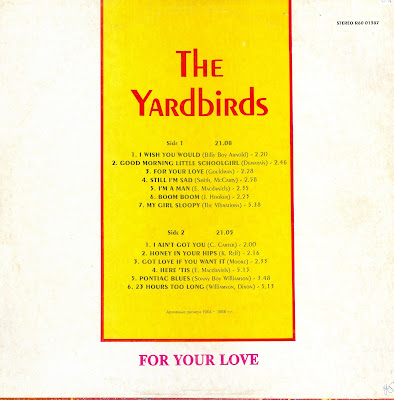 Russian Disc is the label of the company МТПП «Русский диск».

It appears from 1989 on sleeves of Мелодия records and/or soon on the label itself. Either it is presented on label as "Russian Disc" or on some cases also in cyrillic "Русский Диск".

Though the label is legal, some releases from early 1990s are not authorised by the artist or copyright holder (they usually have "Архивные записи ..." printed one the back sleeve) and should be tagged as 'partially unofficial'.