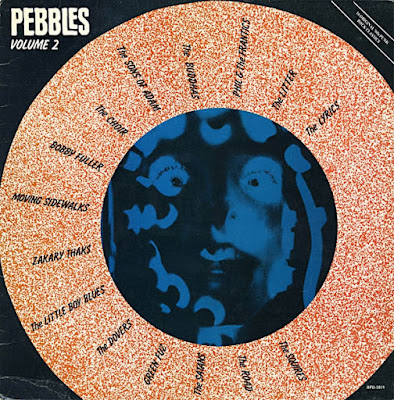 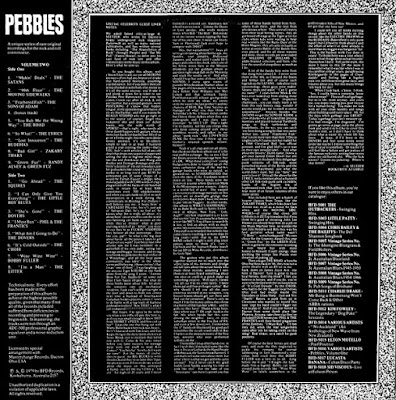 Pebbles, Volume 2 is a compilation album featuring American underground psychedelic and garage rock musical artists from the 1960s. It is the second installment of the Pebbles series and was released on BFD Records in 1979.

Musical highlights includes the opening number, "Makin' Deals", by the Satans, which features the lyric, "Can you guess my name?", two years prior to the Rolling Stones on their song, "Sympathy for the Devil", and in a similar fashion to Mick Jagger's snarling vocals. Among the tracks on the album, the Choir's "It's Cold Outside", the Zakary Thaks' "Bad Girl", and the Lyrics' "So What!" are arguably the most known for their additional inclusions on Nuggets: Original Artyfacts from the First Psychedelic Era, 1965–1968, in 1972. The Electric Prunes' wah-wah pedal advertisement and the Sons of Adam's rendition of Arthur Lee's song, "Feathered Fish" received their first commercially accessible release with the album.

In 1992, AIP Records re-released Pebbles, Volume 2 on compact disc. The reissue includes tracks by the Avengers, Satan and the D-Men, Undesyded, the Mark VI, the Quid, which was the only non-American group on the album, and an additional song by the Choir.