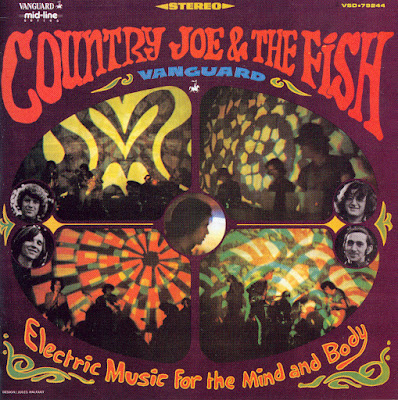 Their full-length debut is their most joyous and cohesive statement and one of the most important and enduring documents of the psychedelic era, the band's swirl of distorted guitar and organ at its most inventive. In contrast to Jefferson Airplane, who were at their best working within conventional song structures, and the Grateful Dead, who hadn't quite yet figured out how to transpose their music to the recording studio, Country Joe & the Fish delivered a fully formed, uncompromising, and yet utterly accessible -- in fact, often delightfully witty -- body of psychedelic music the first time out. Ranging in mood from good-timey to downright apocalyptic, it embraced all of the facets of the band's music, which were startling in their diversity: soaring guitar and keyboard excursions ("Flying High," "Section 43," "Bass Strings," "The Masked Marauder"), the group's folk roots ("Sad and Lonely Times"), McDonald's personal ode to Grace Slick ("Grace"), and their in-your-face politics ("Superbird"). Hardly any band since the Beatles had ever come up with such a perfect and perfectly bold introduction to who and what they were, and the results -- given the prodigious talents and wide-ranging orientation of this group -- might've scared off most major record labels. Additionally, this is one of the best-performed records of its period, most of it so bracing and exciting that one gets some of the intensity of a live performance. The CD reissue also has the virtue of being one of the best analog-to-digital transfers ever issued on one of Vanguard Records' classic albums, with startlingly vivid stereo separation and a close, intimate sound. 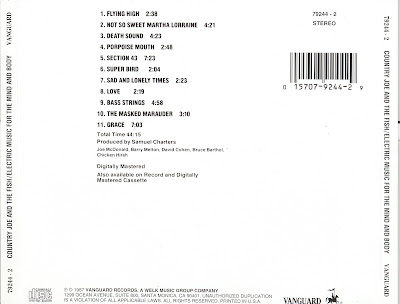