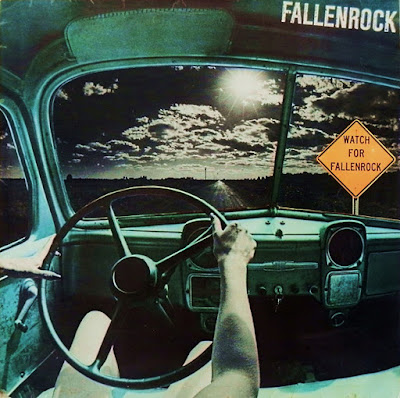 FALLENROCK: A band of songwriters from Nashville, TN. Larry Keith, Stevan Pippin & Rafe Van Hoy released their debut album (and the only album by the group ) on Capricorn Records in 1974
" Another lost gem on the Capricorn label. This is very rare West Coast Rock album issued to UK & USA. was the only album by Tennesseans Fallenrock, a fine piece of lightweight Southern Rock. It has a breezy summer feel to it, sometimes reminiscent to West Coast Country Rock, this has quite a bit more substance to it. Fallenrock featured Rafe VanHoy, who would turn out to be quite a prolific songwriter. Don't expect anything like The Allmans or Blackfoot. It's all rather sweet, but in a good way. Nice harmonies, great playing and memorable songs." ~ Skydogg
https://www.facebook.com/pg/watchforfallenrock/posts/
Fallenrock – Watch For Fallenrock 1974
01 - She's A Mystery
02 - Tie Me
03 - Marie Anne
04 - I'm Never Alone
05 - Sayin' It's So Don't Make It So
06 - Lonely In Churchville
07 - My World Begins And Ends With You
08 - We Got Love
09 - Love's A Game
10 - World On A String 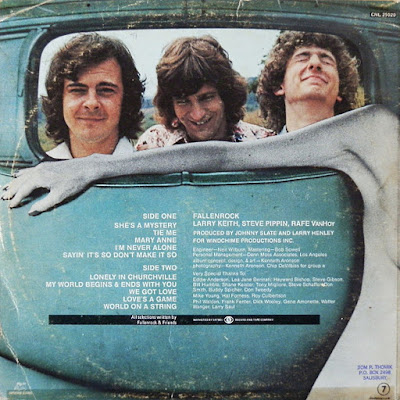