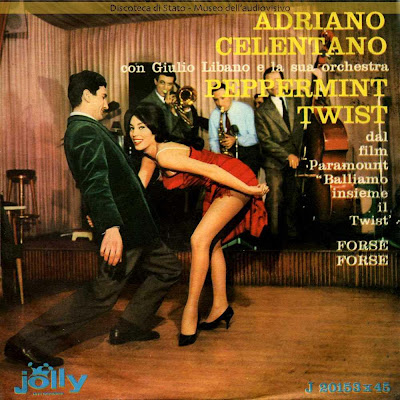 One of Italy's best-loved artists, Adriano Celentano has been equally successful in film and music. Whether singing Elvis Presley-inspired rock, as he did as a member of the Rock Boys in 1957, or romantic balladry, Celentano found a dedicated market for his music. Reaching the top of the Italian music charts with his debut single "Il Tuo Bacio e Come un Skirt" in 1959, he matched its success with the million-selling "24000 Baci (24,000 Kisses)" in 1961; "Il Ragazzo Della Via Gluck," which went on to be translated and re-recorded in 18 languages, in 1966; and Prisencolinensinainciusol in 1972.

Celentano's albums have been similarly embraced. His debut album, Non Mi Dir, reached the top position of Italy's charts in 1965. His album Soli spent 58 weeks on the charts in 1978-1979. Although he left music for nearly two decades to focus on his career as an actor, Celentano later recaptured the momentum of his early career. His comeback album, Mina + Celentano, was a major hit in 1998 while his second album, Francamente Me Ne Infischio, based on the television-variety show that he agreed to host in 1999, spent several weeks at the top of Italy's album charts. Esco di Rado -- E Parlo Ancora Meno, the third album since Celentano returned to music, sold more than 600,000 copies before its release.
Celentano continued to balance his music career with his work in Italian cinema. As an actor, he made his theatrical debut in such movies as Dai, Johnny, Dai!, I Ragazzi del Jukebox, I Frenetici in 1959, and Fellini's classic La Dolce Vita in 1960. His subsequent screen appearances included roles in such films as The Sin, Rugantino, Give Me Five, Il Bisbetico Domato, and Segni Parsticolari: Bellissimo. Having made his debut as a producer and director with the 1974 film Yuppi Du, Celentano wen on to direct such films as L'atra Meta Del Cielo and Geppo Il Folle. His first long-term experience with television came in late 1987 when he agreed to host the variety show Fantastico 8.
Adriano Celentano -  Peppermint Twist (1962 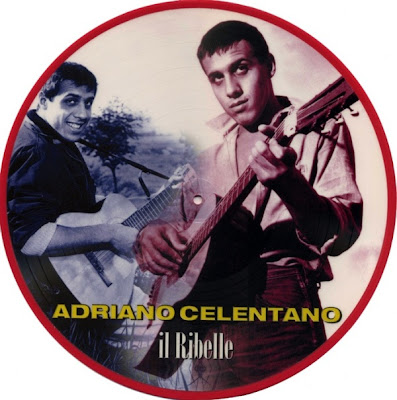