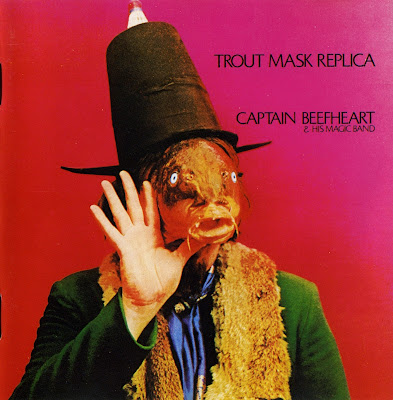 Trout Mask Replica is Captain Beefheart's masterpiece, a fascinating, stunningly imaginative work that still sounds like little else in the rock & roll canon. Given total creative control by producer and friend Frank Zappa, Beefheart and his Magic Band rehearsed the material for this 28-song double album for over a year, wedding minimalistic R&B, blues, and garage rock to free jazz and avant-garde experimentalism. Atonal, sometimes singsong melodies; jagged, intricately constructed dual-guitar parts; stuttering, complicated rhythmic interaction -- all of these elements float out seemingly at random, often without completely interlocking, while Beefheart groans his surrealist poetry in a throaty Howlin' Wolf growl. The disjointedness is perhaps partly unintentional -- reportedly, Beefheart's refusal to wear headphones while recording his vocals caused him to sing in time with studio reverberations, not the actual backing tracks -- but by all accounts, the music and arrangements were carefully scripted by the Captain (aided by John "Drumbo" French), which makes the results even more remarkable. As one might expect from music so complex and, to many ears, inaccessible, the influence of Trout Mask Replica was felt more in spirit than in direct copycatting, as a catalyst rather than a literal musical starting point. However, its inspiring reimagining of what was possible in a rock context laid the groundwork for countless future experiments in rock surrealism, especially during the punk/new wave era. 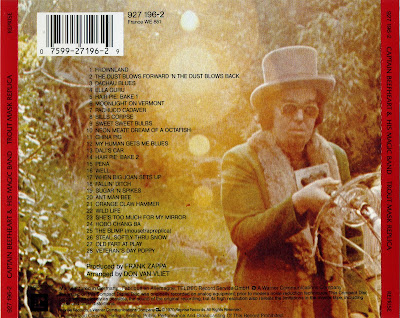