Captain Beefheart and His Magic Band- Safe as Milk (1967) 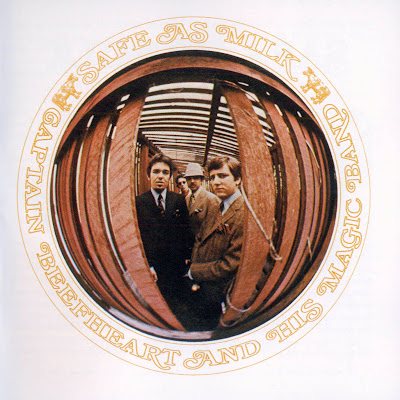 Born Don Vliet, Captain Beefheart was one of modern music's true innovators. The owner of a remarkable four-and-one-half octave vocal range, he employed idiosyncratic rhythms, absurdist lyrics and an unholy alliance of free jazz, Delta blues, latter-day classical music and rock & roll to create a singular body of work virtually unrivalled in its daring and fluid creativity. While he never came even remotely close to mainstream success, Beefheart's impact was incalculable, and his fingerprints were all over punk, new wave and post-rock. 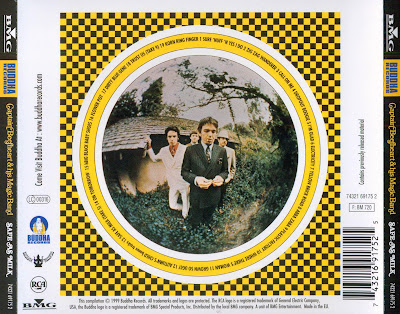 Beefheart's first proper studio album is a much more accessible, pop-inflected brand of blues-rock than the efforts that followed in the late '60s -- which isn't to say that it's exactly normal and straightforward. Featuring Ry Cooder on guitar, this is blues-rock gone slightly askew, with jagged, fractured rhythms, soulful, twisting vocals from Van Vliet, and more doo wop, soul, straight blues, and folk-rock influences than he would employ on his more avant-garde outings. "Zig Zag Wanderer," "Call on Me," and "Yellow Brick Road" are some of his most enduring and riff-driven songs, although there's plenty of weirdness on tracks like "Electricity" and "Abba Zaba." [Buddha's 1999 reissue of Safe as Milk contained restored artwork and seven bonus tracks.]
Posted by: D&J на 01:21