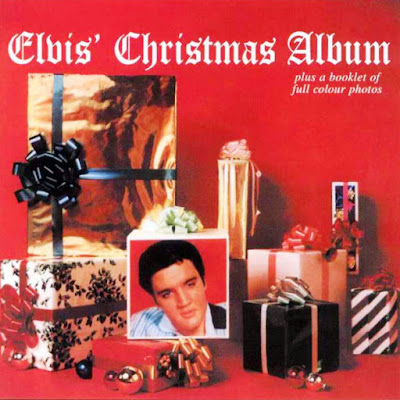 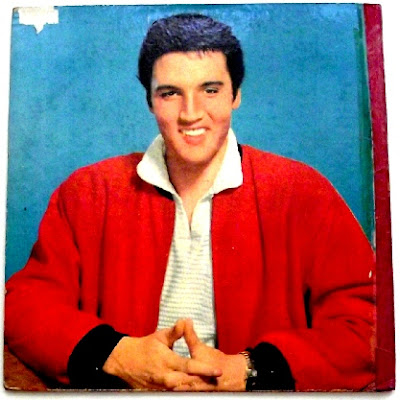 Elvis' Christmas Album (also reissued as It's Christmas Time) is the third studio album and first Christmas album by American singer and musician Elvis Presley on RCA Victor, LOC -1035, a deluxe limited edition, released October 15, 1957, and recorded at Radio Recorders in Hollywood. It has been reissued in numerous different formats since its first release. It spent four weeks at number one on the Billboard Top Pop Albums chart, and was the first of two Christmas-themed albums Presley would record, the other being Elvis Sings the Wonderful World of Christmas, released in 1971. The publication Music Vendor listed Elvis' Christmas Album on their singles charts for two weeks in December 1957 – January 1958, with a peak position of #49.

According to the Recording Industry Association of America (RIAA), Elvis' Christmas Album along with its reissues has shipped at least 17 million copies in the United States. It is the first Presley title to attain Diamond certification by the RIAA, and is also the best-selling Christmas album of all time in the United States. With total sales of more 20 million copies worldwide, it remains the world's best-selling Christmas album and one of the best-selling albums of all time.The original 1957 LP consisted of six popular Christmas songs, two traditional Christmas carols and four gospel songs which had been previously released on the EP Peace in the Valley, catalogue EPA 4054, issued March 1957, peaking at number three on the Pop albums chart and at number 39 on the singles chart. The two album sides divided into a program of secular Christmas songs on side one, with two traditional Christmas carols and the gospel numbers on side two. Those included two spirituals by innovator Thomas A. Dorsey, "Peace in the Valley" and "Take My Hand, Precious Lord." Coincidentally, A Jolly Christmas from Frank Sinatra. released the previous month by that other 1950s singing icon, was also divided into a secular and a traditional side.

While most of the songs selected were traditional Christmas fare, such as "White Christmas" and "Silent Night," two new songs by regular suppliers of material for Presley were commissioned. One was "Santa Bring My Baby Back (to Me)" and the other (selected by Elvis to open the album), was a blues-based rock and roll number, "Santa Claus Is Back in Town," written by Jerry Leiber and Mike Stoller. This writer/producer team was responsible for some of 1950s rhythm and blues and rock and roll's most finely-honed satire in their work with the Coasters, as well as penning "Hound Dog" for Willie Mae Thornton and providing Elvis with some of his biggest hits, including "Jailhouse Rock" and "Don't."

Elvis had asked the pair to come up with another Christmas song during sessions for the album; within a few minutes, they had the song written and ready for recording. Originally titled "Christmas Blues", this slyly risqué number is given a full-throated treatment by Elvis who, aided by the gritty ensemble playing from his band, was determined to ensure that this Christmas album would not be easily ignored. Much of the remaining program was performed in a more traditional manner appropriate to the solemnity of Christmas, although Elvis's innate sense of occasion shone through on his left-of-centre reading of Ernest Tubb's 1949 hit, "Blue Christmas."

"Silent Night" and "O Little Town of Bethlehem" were arranged by Elvis Presley.

The Bing Crosby holiday perennial "White Christmas," which appeared every year on the Billboard charts from 1942 to 1962, became the center of controversy upon the album's release, with calls by the song's composer Irving Berlin to have the song, and the entire album, banned from radio airplay. After hearing Presley's version of his song, which Berlin saw as a "profane parody of his cherished yuletide standard", he ordered his staff in New York to telephone radio stations across the United States, demanding the song be discontinued from radio play. While most US radio stations ignored Berlin's request, at least one disc jockey was fired for playing a song from the album, and most Canadian stations refused to play the album.

The controversy was, ironically, fueled by Elvis's performance of the song in a style mirroring the version by Clyde McPhatter's group, The Drifters, which had been a Top 10 hit on the R&B singles chart in 1954 and 1955. Unlike Elvis's recording, however, their version attracted virtually no adverse reaction, and certainly no reported opposition from Irving Berlin. Part of the reason that The Drifters' version of "White Christmas" was less controversial was because that version was played only on Ebonic radio stations. Elvis Presley's version brought greater attention to The Drifters' version which gained prominence with its inclusion in the 1990 movie Home Alone.