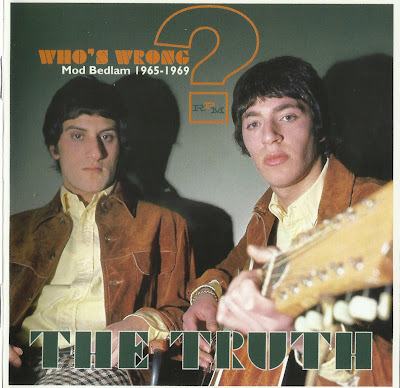 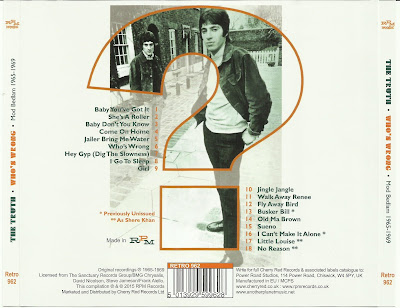 The Truth were a superb little mod/freakbeat group from London consisting of Steve Aiello and Steve Gold, who released 7 singles on the Deram label. Steve Aiello went on to join hard rock group Bedlam in the 70's.
Hairdresser Steven Gold met future singing partner Francis Aiello while cutting the latter's hair. Taking their name from a favourite Ray Charles' song, "Tell The Truth", the duo scored a UK Top 30 hit in 1966 with their debut single, an opportunistic cover of "Girl" from the Beatles' Rubber Soul album. Although the Truth drew plaudits for "I Go To Sleep", written by Ray Davies of the Kinks, it emphasized the Truth's inability to acquire exclusive material. Subsequent singles included "Walk Away Renee" and "Sueno", originally recorded, respectively, by the Left Banke and Rascals, but when such releases failed to chart the duo abandoned their brief pop career.