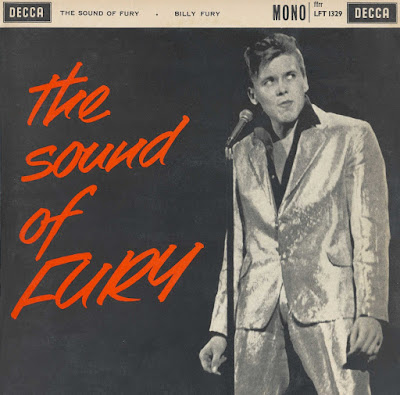 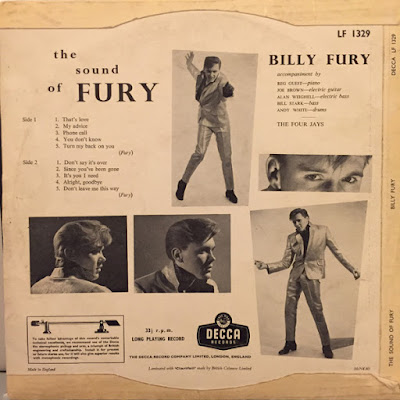 The Sound of Fury was the first album released by Billy Fury in 1960. Described as "the best rock & roll album to come out of England's original beat boom of the late 1950s". Fury was arguably the first British rock 'n roll artist to write his own songs, sometimes under the pseudonym Wilbur Wilberforce.

The album was recorded in Decca Studio 3, West Hampstead, London, on 14 April 1960. It featured Joe Brown on guitar, Reg Guest on piano, and bassists Bill Stark or Alan Weighell. Andy White, later to notably appear on The Beatles' first single "Love Me Do", is the drummer on the album. Providing backing vocals were the Four Jays.

The album made the top twenty, reaching position 18 on the UK Albums Chart for a week. It was not well appreciated at the time of its release, but is now regarded as one of the most important early British rock 'n roll albums.

"wilbur wilberforce", credited with writing six of the ten songs, was billy fury; he invented the pseudonym because he "didn't want to seem big-headed". (eye-, or perhaps "ear-" witness, speaking in "the sound of fury" documentary programme on billy fury's life and music.)