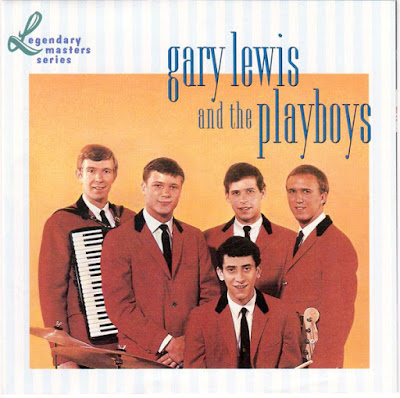 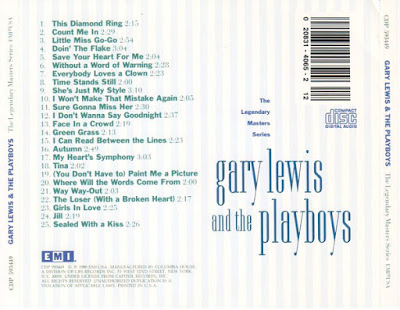 Gary Lewis: the son of a comedian Jerry Lewis and named after Cary Grant (with slight spelling mistake). Surely that kind of starting point will give a certain expectations (and shortcuts) to the stardom. And Gary Lewis definitely used them as much as a man with his talent can. He wasn't much of a singer; his voice is not bad but very limited and unexpressive. I guess he wasn't any devil with the drums either. But what he and his bandmates had were a skilled producers and songwriters that quaranteed them a string of good singles during a three year period.

This compilation must be one if not the best one around to get to know what this band had to offer; it contains all their singles from 1965-67 plus some of the b-sides and other stuff. All the singles are, if not great, at least nice. After "My Heart's Symphony" the quality is not consistent anymore, but two Bonner/Gordon songs, "Girls in Love" and especially "Jill" are among their finest singles. It's not difficult to hear that these are the same men who made The Turtles' hits "She'd Rather Be with Me" and "She's My Girl" at the same time; there are quite a few similarities here. Oddly enough, the success wasn't at the same level at all. Two Barri/Sloan songs, "I Don't Wanna Say Goodnight" and "Autumn" are almost as good as the single material.

If one doesn't expect to find something deeply meaningful or revolutionary here, but 25 catchy, feelgood sing-a-longs, there is great chance to enjoy this succesful slice of 60's American pop.

tags Gary Lewis And The Playboys