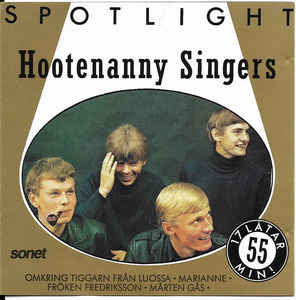 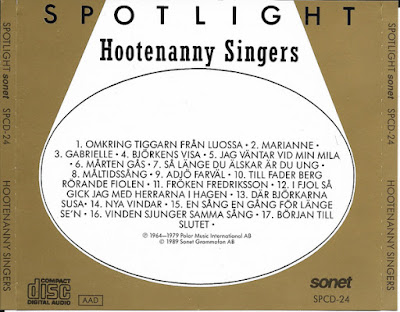 Björn Ulvaeus was born in Vastervik, Sweden on April 25, 1945 (he was the oldest member of ABBA). Björn was gifted with an intelligence, savvy and sense of work ethic and craft that are rare for a pop star. Good at a lot of things but arguably not really great at any of them, Björn could sing lead,harmony, play guitar,produce , arrange and write songs. Björn as well, had a facility for languages, leadership skills, commercial instincts and business acumen. He also was a good judge of people, he managed to hook up with Benny Andersson-later to prove to be the greatest Swedish popular music composer ever... Björn 's music career has had a few phases. He played banjo with a traditional jazz band. He started with the Hootenanny Singers and continued working with them on and off through 1974... Björn 's actual solo recording career was actually quite brief, amounting to four singles from 1968-1969 that just as easily could have been called Hootenanny Singers records. From 1969 to 1972 he made records with Benny Andersson as part of the act called Björn and Benny, During the early 1970's Benny and Björn also worked together as house producers for Stig Anderson's Polar Records label primarily between 1971 and 1976.

From 1972 through 1983 Björn was a singer, co-writer/producer and guitarist for the legendary ABBA. After ABBA he has worked on three theatrical musicals with Benny Andersson, as well as some other songwriting and production with Benny. For a time between 1984-1990 Björn actually lived in England, and had a computer consulting business. By the late 1980's Björn had pretty much stopped producing or playing on recordings. By the mid 1990's he had stopped writing music, and now only writes lyrics. In recent years Björn has been heavily involved with promoting and producing various versions of Mamma Mia. Björn has been married twice.

Björn began his recording career with the Hootenanny Singers in 1964. Björn Ulvaeus was the group's leader, but not it's founder. The Hootenanny Singers other members were- Tony Roth (who often played bass), Johan Karlberg and the band's tall German-born founder-Hansi Swartz. Yes, Oddly a key member of a quintessential Swedish folk band was a German national. The other three Hootz were Swedish folk. All four Hootz sang and played instruments, though often studio musicians played on their records.

Their main repertoire was Swedish Folk music, but they also dabbled into American pop, folk and country music . On occasion, they would do original material . They recorded songs primarily in Swedish ,secondarily in English but also in German, Spanish Finnish,and Danish . Everything but Esperanto..

The Hootenanny Singers put out a lot of albums, singles and extended play discs. (More recordings than the Swedish language careers of Agnetha and Frida combined.)

The Hootenanny Singers early repertoire is made of both American and European folk music. In the middle of the 1960's they made some attempts to appeal the international folk/rock market, and Bjorn wrote or co wrote original material for the band... but by 1968 the Hootz had lowered their sights a little.

In 1968 /1969 Bjorn recorded his solo singles but Hootz continued on with him as a member. During the late sixties- the Hootz added country music covers to their repertoire. in the 1970's the the Hootz were a less activity entity, touring and recording less. Their 1970's material is almost entirely covers of Swedish folk music . Bjorn left the group in late 1974. The group continued without him till 1982.

The music the Hootenanny Singers recorded is heavy on acoustic guitars and other modern folk instruments but other instruments show up as
well. Their music was usually impeccably recorded with rich vocals and crisp string work. All of their records were released on the Polar label and up to 1971 were produced (some with Björn's assistance) by Polar Music A&R man Bengt Bernhag . Bengt was Björn Ulvaeus' mentor, and Stig Anderson's partner at Polar Records. Bengt Bernhag died in July 1971, and the remaining records were produced by B&B and/or Stig.

Understanding what is going on a Hootenanny's record can be a challenge since most of their material was done in Swedish, a lot of the songs are Swedish folk tunes, and thirdly, you'll keep asking yourself which one of the other guys is doing the singing when Björn is not singing lead. The Hootz 1960's albums, singles and EP's are not as easy to find as their 1970's stuff since much of their 1960's material has yet to be issued onto to CD. Polar did release most of the Hootenanny Singers later albums on CD for the Scandinavian market.

Björn reunited with Hansi, and Tony for one song at the Vastervik folk in July 2005, but he barely sang since he has not sung professionally since the 1980's. (Johan Karlberg had died in 1992)

(Editors note-The use of the abbreviations Hootz and boyz are merely used in fun, they are in no way historically accurate . Benny never, I repeat, NEVER went up to Björn and asked him how his "hootz boyz" were shaking.)

*EDITORS note, At the present time, (As of September 2008) all but one of of the Hootenanny's albums are out of print, so you may have to hunt around to get their stuff.