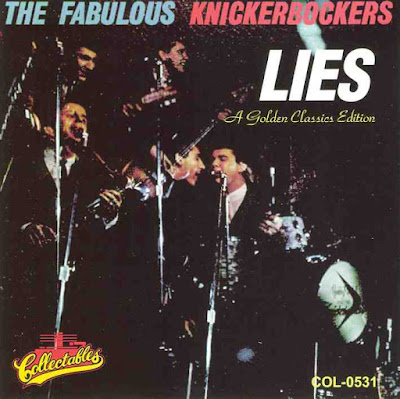 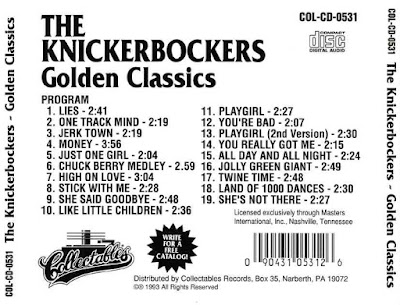 As much as this group sounds like the Beatles on some tracks, they do have their own unique style. This disc is definately for anyone who's into 60's Brit-Pop, even if the band is originally from New Jersey. A word of warning, though. You may have a hard time NOT listening to this disc once you own it. Some of the tracks are irresistably good, and get stuck in your head for days at a time. A classic that never was
You need know nothing more about the British Invasion-style prowess of the incredible Knickerbockers than this: When "Lies," their 1966 chart smash, first began to get airplay, the record was rumored by a small army of U.S. disc jockeys to have been cut by the Beatles, themselves, under an alias. Of course, "Lies" was just the tip of the iceberg for these New Jersey-based garage-rock phenoms. There was plenty more where that came from. And now you can choose your weapon when if comes to the Knickerbockers, either vinyl or compact disc. They both sound absolutely fab!.

Email ThisBlogThis!Share to TwitterShare to FacebookShare to Pinterest
tags The Knickerbokers