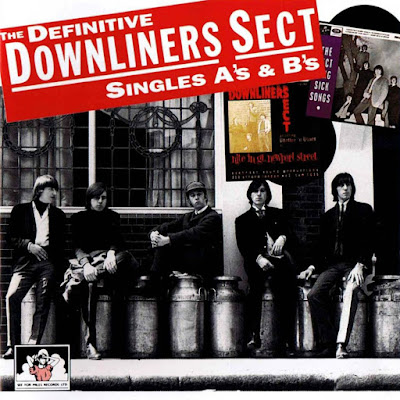 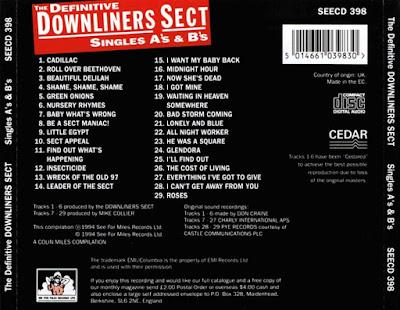 The Downliners Sect are an English R&B and blues-based rock band, formed in the 1960s beat boom era. Stylistically, they were similar to blues-based bands, such as The Yardbirds, The Pretty Things and the Rolling Stones, playing basic R&B on their first album The Sect. Critic Richie Unterberger wrote: "The Sect didn't as much interpret the sound of Chess Records as attack it, with a finesse that made the Pretty Things seem positively suave in comparison."

In 1962, Mick O' Donnell, later known as Don Craine, started a band called the Downliners, who, despite touring France, were unsuccessful. The name of the band came from Jerry Lee Lewis B-side 'Down The Line'. After several lineup changes, the band folded, but in 1963, O'Donnell and drummer Johnny Sutton formed a new band out of the remnants of the previous act. Keith Evans, formerly a drummer, joined on bass guitar. Shortly thereafter the band would be named the Downliners Sect. At this time some of the members decided to change their names. Mick O'Donnell took the new name, Don Craine, and Keith Evans became Keith Grant.

The band was iconic during its time in the early 1960s, partly owing to Don Craine's deerstalker cap which he wore to mock the aristocracy. The band has many fans who have achieved commercial success, including Van Morrison, Steve Marriott, and Rod Stewart, the latter two had even auditioned for a place in the band but were turned down because they both wanted to be frontmen, while Don Craine and Keith Grant did not wish to relinquish that role.

They subsequently modified their musical style, and after an EP of 'sick' songs (e.g. "I Want My Baby Back"), they experimented with both country ("The Country Sect") and rock ("Rock Sect's In"). They later collaborated with Billy Childish's Thee Headcoats, and released two albums under the name Thee Headcoats Sect. They performed regularly at the Studio 51 club in Great Newport Street near Leicester Square tube station in London on a Friday night and Sunday afternoon, from which came the first EP featuring the songs "Beautiful Delilah" and "Little Egypt". The EP started off with the sound of the bells of Big Ben. The lead guitarist was Terry Clemson (Gibson) who played his Gibson 335. Studio 51 was also known as the Ken Colyer Club and the Rolling Stones made many performances at this club, but according to Rod Harrison, guitarist with Asgaerd and school friend of Terry Clemson, "you could say the Downliners Sect were almost residents.