The Regents aka The Runarounds 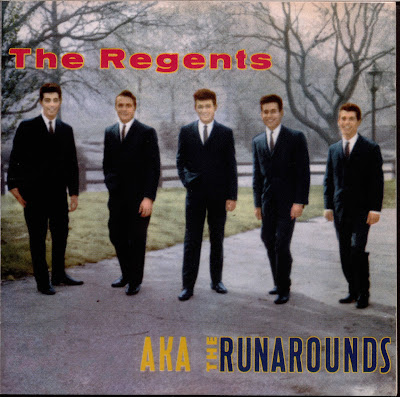 An earlier version of the group from 1957 was called "The Monterays", and included Villari, Cuomo, Fassert and Ernie Maresca (who later had a hit with "Shout, Shout - Knock Yourself Out", and also wrote songs such as the Regent's "Runaround" and "The Wanderer" recorded by Dion).

The group recorded many demos in Bell Sound, Associated, and Regent Sound studios. They were finally signed to Seville Records as "The Desires", however, none of the songs they recorded were released until the group had success 3 years later as The Regents.

The Regents name came from a combination of doing a demo at Regents Sound studio and the fact that Villari smoked Regents Cigarettes. To this day, Villari has the empty pack that was in his pocket when the name was chosen.

In 1958 the group decided to do a song Villari had written called "A Teenagers Love". They booked an hour of studio time, for $15, at a small studio in Manhattan called "Associated". The group took 50 minutes to do the song. As the group was leaving the studio, one of the members noticed that they still had 10 minutes of studio time left. They decided to "throw in" Barbara Ann. The group did three takes and left. Shortly, thereafter, Tony Gravagna who came along just to play sax was taken into the group.

The Regents went to every record company they could find but they were not able to land a contract. They disbanded about a year later.

Don Jacobucci's younger brother Eddie revived the Regents by accident. His group, the Consorts, lacked original songs for an audition so they cut a version of "Barbara Ann" from an old demo Eddie found around the house. When the owner of Cousins Records heard the song, he decided to put it out, not by the Consorts, but by the Regents. With Eddie replacing Guy.  The original group reunited, and Cousins released "Barbara Ann" in March of 1961. It became a No. 1 record in New York; the demand was overwhelming and Cousins leased it to Roulette/Gee for worldwide distribution and saw it soared to No. 13 pop and No. 7 R&B.

Their follow-up "Runaround", went to number 28 on the pop charts and number 30 in R&B.  They did two more records for "Gee" but when there was a royalties dispute with the company, the group broke up.

In 1964 Villari and Fassert started a new group, named after their second record, "The Runarounds". They brought in a third singer, Ron Lapinsky, and did the night club circuit with some success.

From time to time they brought in new members for recording purposes. Along with Sal Corrente they recorded a song called "Unbelievable" for Nat King Coles "KC" label. They also recorded for MGM, Capital, Tarheel and Felsted records, and by 1967 they disbanded.

Returning in 1973 once more as The Regents with Guy Villari, the only remaining original member, Ron Lapinsky and Bob Falcone, the group enjoyed success as a concert group and toured throughout the country. They were also selected as one of three "oldies" groups to appear on the 1988 Grammy Awards Show.
http://www.marstalent.com/utopia/bio_regents.htm
https://timscoverstory.wordpress.com/2017/02/27/barbara-ann-the-regents-the-who-the-beach-boys/ 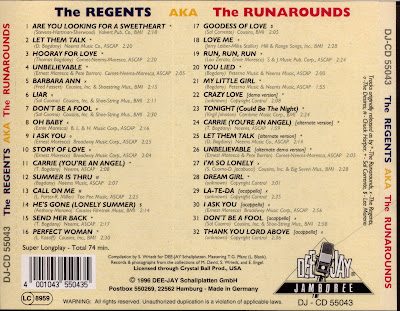 WANTED :
The Regents Live At The A.M.-P.M. Discothèque 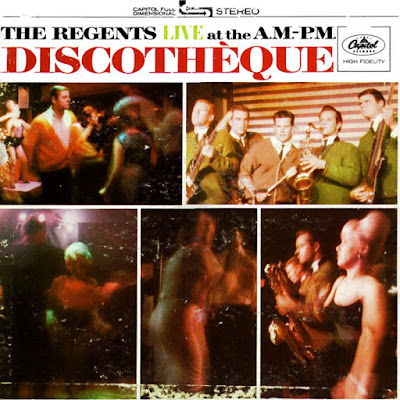