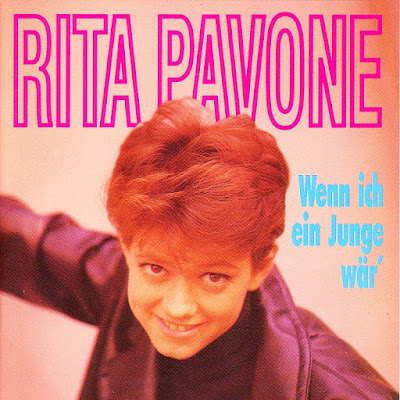 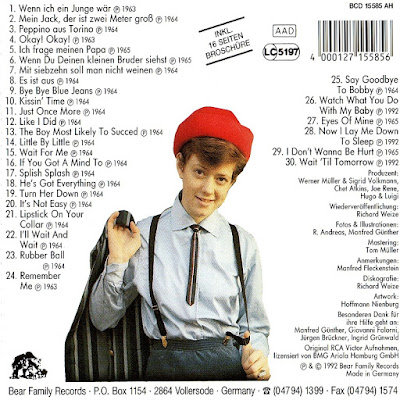 From Beatman:
Rita Pavone - Wenn Ich Ein Junge Wär (1963-1965) (1992)
Rita Pavone is an Italian ballad and rock singer who enjoyed success through the 60's. Pavone is also an actress. Pavone recorded a total of thirteen albums. She mainly recorded for RCA until 1968, then she signed for a brief period with Ricordi which launched her vanity label, RitaLand, but eventually returned to the label that had launched her, recording three more albums with RCA.
On this CD mostly Rita's singles in German & English, recorded from 1963 to 1965...
mp3-320kbps