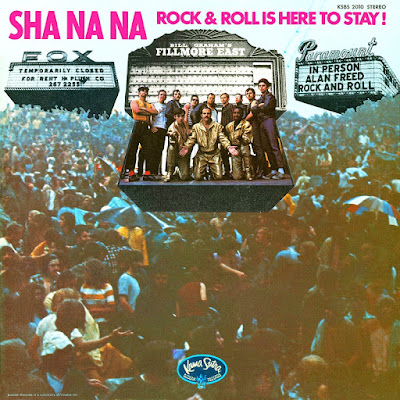 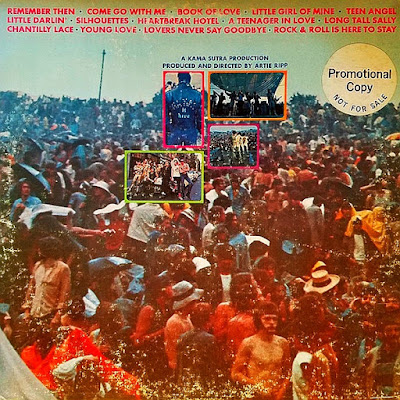 From Beatman:
Sha Na Na - Rock & Roll Is Here To Stay (1969)
Sha Na Na is an American rock and roll group. The name is taken from a part of the long series of nonsense syllables in the doo-wop hit song "Get a Job", originally recorded in 1957 by 'The Silhouettes'. Billing themselves as "from the streets of New York" and outfitted in gold lame, leather jackets, pompadour and ducktail hairdos, Sha Na Na performs a song and dance repertoire of classic fifties rock and roll, simultaneously reviving and parodying the music and 1950s New York street culture...
mp3-192kbps