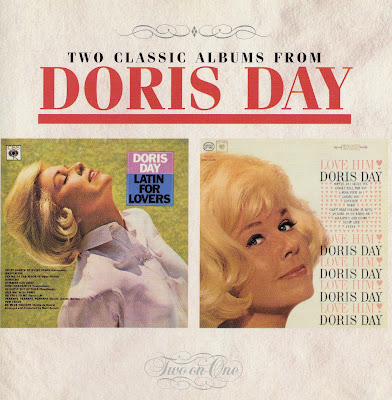 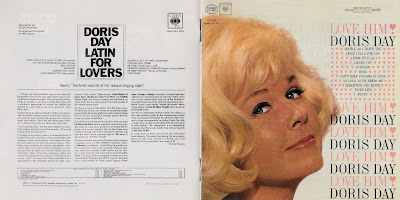 Except for a single release of the title song from her film Move Over, Darling, Doris Day stayed away from the record racks for most of 1963, possibly dissatisfied with Columbia Records' efforts to record and promote her with outdated concept albums of old standards at the same time that she was the reigning queen of Hollywood. But in the winter of 1963-1964, she returned with her first new LP in more than a year, Love Him!, and it represented a whole new approach. The producer was her 21-year-old son, Terry Melcher, and he attempted to bring his mother's musical style up to date by banishing the silly concepts and carefully choosing contemporary material he thought would suit her. He got Brill Building pop songwriters Barry Mann and Cynthia Weil to pen the title song, a bolero in which a woman gives another woman advice on the man she has lost to her. And the rest of the material dated either from the last few years or had recently been revived. Thus, for example, "Since I Fell for You" might be a 1948 copyright, but it had been a hit for Lenny Welch in 1963. There were also songs associated with Elvis Presley and appropriations from the country and R&B charts. Melcher seemed to want to demonstrate that Day could sing a broader range of material than Columbia had been giving her, and she responded by throwing herself into performances of songs that had greater depth than those she usually sang. The approach didn't always work, but Day sounded much more engaged than she had on previous albums. The disc made the charts, but sales were difficult to estimate; in Billboard it just missed the Top 100, while in Cash Box it climbed into the Top 40, a significant commercial comeback. 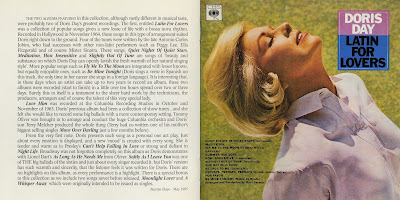 In the wake of the Stan Getz albums Jazz Samba (1962) and especially Getz/Gilberto (1964), Brazilian bossa nova was all the rage with the jazz-pop set of the early and mid-'60s, and many pop singers took the opportunity to record albums full of songs by Antonio Carlos Jobim. Doris Day might not come to mind immediately as someone well-suited to the lightly rhythmic style, but she had always had a feel for mid-tempo material that provided a showcase for her warm, rich voice. Still, you might have thought of her as a bit lightweight for the easygoing, yet intricate Brazilian sound. But by her early forties, the eternally ingenuous singer finally was showing signs of maturity. She had taken a distinctly different tack on Love Him!, the 1964 album produced by her son, Terry Melcher, and here she sang the lyrics like a grown-up woman, her voice even betraying an attractive huskiness here and there. As a former band singer, she knew how to work with the beat, and so the rhythms didn't throw her at all. The result was a surprisingly satisfying change of pace for her. Unfortunately, rather than marking a new beginning in her recording career, it happened to come at the end. Latin for Lovers was the last new Doris Day album to be recorded (though it was released ahead of Doris Day's Sentimental Journey, which was actually recorded a couple of months earlier); all that followed were a few singles in 1966-1967 and a "lost" 1967 LP session, The Love Album, which languished unreleased in the Columbia vaults until Melcher found it in 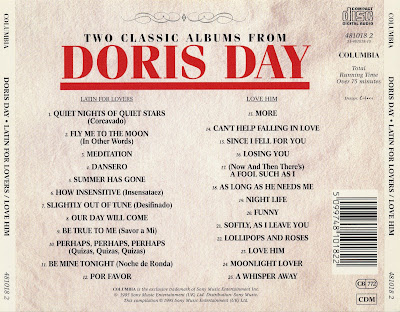