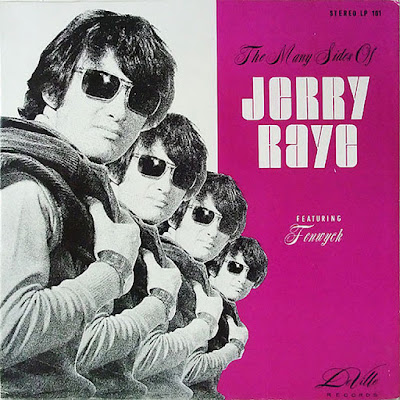 Fenwyck was largely the project of singer/guitarist Pat Robinson and a revolving cast of members. Although pop-psychedelic rockers Fenwyck were based in Southern California, singer Jerry Raye came from the East Coast; the other members, it may be assumed, were local musicians. Robinson had gotten his start at the age of 15 backing Johnny Burnette; after spending a few years working on his own music, in 1963 he landed a deal with Four Star Productions for whom he assembled Fenwyk, featuring a line up consisting of drummer Keith Knighter, bassist Pat Maroshek and singer/lead guitarist Pat Robinson.

Under his own name, Rhode Island born singer Jerry Raye had recorded at least one obscure mid-1960s single. Relocating to Southern California Raye was signed by the small Runay label. Credited to ‘Cal Raye’ he released a wonderful 1966 fuzz rock single ‘I Cry’ b/w ‘Can I’ (Runay catalog number RY-101). Subsequently signed by the Hollywood-based DeVIlle label he recorded a series of three singles credited to ‘Jerry Raye and the New Trend’. In 1967, he joined Fenwyck as lead singer.

“Mindrocker” is an airy Summer of Love piece of sunshine pop, sounding like the Association with a fuzz guitar. That might not sound like everyone’s cup of tea, but the song is winning in its studiocraft and naive optimism; its breezy melody and overall good vibe recalls the Mamas and Papas and Scott McKenzie as well. “Mindrocker” isn’t exactly “garage rock”, since the studio played a large part in its sound. But it is usually included on garage rock anthologies, sharing with garage rock obscurity and as sense of time and place. It never charted.

The single went nowhere, however, and Robinson moved on, forming Back Pocket, a country group, and finding success as a country songwriter and producer. 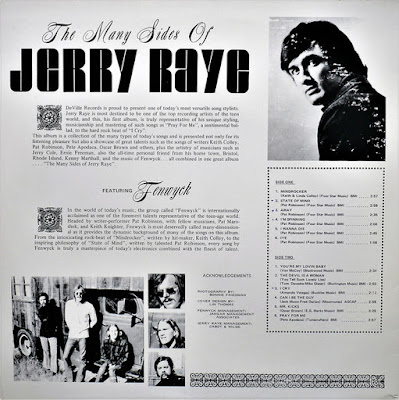