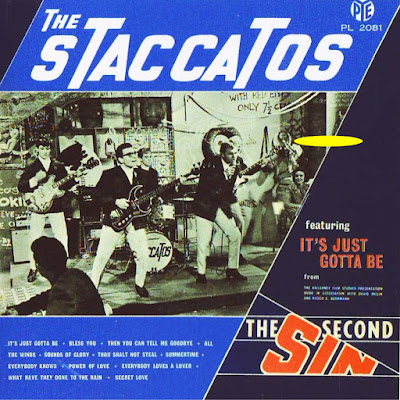 The Staccatos from South Africa (not to be confused with the Canadian Staccatos who morphed into Five Man Electrical Band), are an outfit I'd actually like to know more about. I know the original line-up featured singer/rhythm guitarist Brian Le Gassick, lead guitarist John Leach, drummer Ian Miller, and bassist Willie van der Walt.

Inspired by British rockers, the band was formed in Johannesburg, South Africa 1961 and in 1964 scored a contract with the Parlophone label, where they released a series of three singles 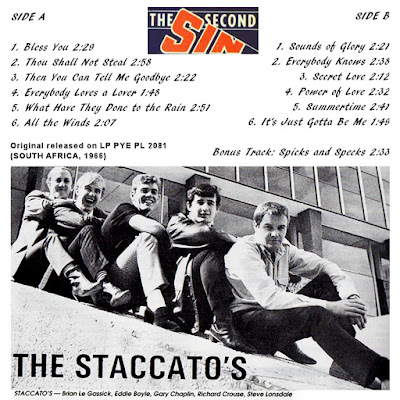