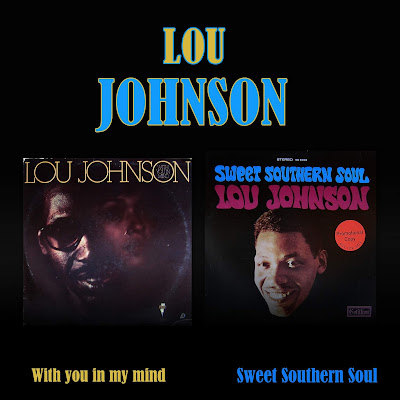 Often dismissed as little more than "the male Dionne Warwick," uptown soul singer Lou Johnson indeed rivaled Warwick as the premier interpreter of the songs of Burt Bacharach and Hal David during the composing team's formative years, but unlike so many of the vocalists who recorded the duo's work, commercial success proved frustratingly elusive. Born in 1941, Johnson first surfaced as a member of the vocal group the Zionettes before going solo in 1963. He signed with Big Top Records, a subsidiary of the Brill Building publishing firm Hill & Range; his debut effort, "Unsatisfied," earned little notice, so Johnson was assigned to the fledgling team of composer Bacharach and lyricist David. With his dramatic, smoky vocals and melodic flexibility, the singer proved ideally matched to Bacharach and David's material: the first of their collaborative efforts, "Magic Potion," remains perhaps more notable for its B-side "Reach Out for Me," recorded by Warwick a few months later in what amounted to a virtual note-for-note cover. But while Johnson's version was not a hit, Warwick's was -- it was a scenario that would play out several more times in the years to follow. His next single, the stately "(There's) Always Something There to Remind Me," would prove his biggest hit, peaking at number 49 in 1964; Bacharach himself then escorted Johnson to Britain, introducing the singer on the BBC television program Top of the Pops, but again his recording was superseded by a near-identical cover, this time by U.K. girl group queen Sandie Shaw. Johnson's next Bacharach/David-penned effort was arguably his best: the beautiful "Kentucky Bluebird (Send a Message to Martha)" nevertheless failed to crack the Hot 100 altogether, although British teen idol Adam Faith faithfully copied its arrangement on his way to a massive U.K. hit. The B-side of "Kentucky Bluebird," the cult favorite "The Last One to Be Loved," proved Johnson's last session with Bacharach and David at the helm -- somewhat remarkably, their collaborative work would not merit commercial reissue until the release of the three-disc anthology Look of Love: The Burt Bacharach Collection over three decades later. On his own, Johnson recorded a handful of subsequent Big Top singles including "Thank You Anyway (Mr. DJ)" and "Park Avenue" before the label terminated his contract; he next surfaced at Cotillion in 1969, issuing his first-ever full-length LP, the self-explanatory Sweet Southern Soul. After 1971's Volt label release With You in Mind, Johnson's ill-fated recording career finally dwindled to a halt -- in subsequent years he was a fixture of the Los Angeles nightclub circuit, also performing in a latter-day version of the Ink Spots. 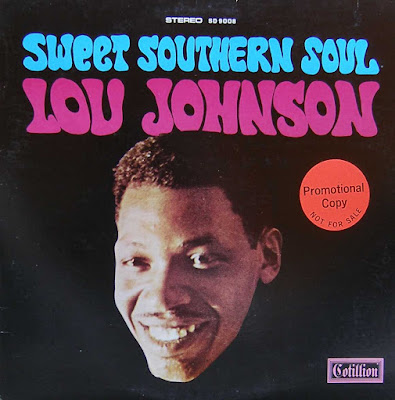 Lou Johnson's Sweet Southern Soul is a solid album of journeyman soul. Recorded in 1969 for Atlantic offshoot Cotillion, the mix of ingredients is classic: production by Jerry Wexler and Tom Dowd, musical backing by the Muscle Shoals crew, songs by Don Covay, Eddie Hinton, and Curtis Mayfield. Indeed, the whole thing reads like a textbook to Southern soul in the late '60s. The only thing missing is a compelling lead vocal from Johnson. He certainly has soul and at times sounds like a contender (on the testifying "People in Love" or the bubbling "Rock Me Baby"), but mostly he just sounds average. The choice of cover songs is not too stellar, as the Drifters' "This Magic Moment" and Ben E. King's "Don't Play That Song (You Lied)" don't translate very well. On the flip side of that, Johnson's take on the country chestnut "She Thinks I Still Care" is a lovely, relaxed version that adds something nice and soulful to the original. Sweet Southern Soul is a record that may not justify its lofty status among soul collectors, but is very pleasant nonetheless. 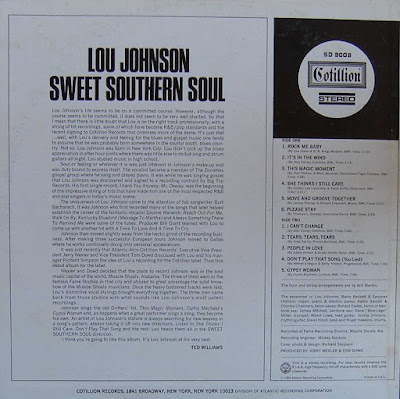 With You in Mind 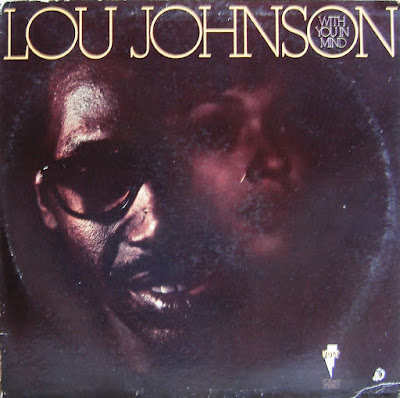 Given the caliber of his collaborators alone, it's remarkable that Lou Johnson didn't emerge as one of the premier soul singers of his generation. His second and final LP With You in Mind pairs him with New Orleans R&B production maestros Allen Toussaint and Marshall Sehorn, and while the earthy, gut-check Southern soul idiom fits Johnson's river-deep vocals like a glove, the album's commercial failure proved the final blow to his star-crossed recording career. Listeners who know Johnson solely from his dramatic Bacharach/David records will be flabbergasted by the scope and elasticity of his vocals: the uptown sophistication of "(There's) Always Something There to Remind Me" and "Kentucky Bluebird" is replaced by a physical strength and heartbreaking intimacy comparable to the best music forged in Memphis or Muscle Shoals. 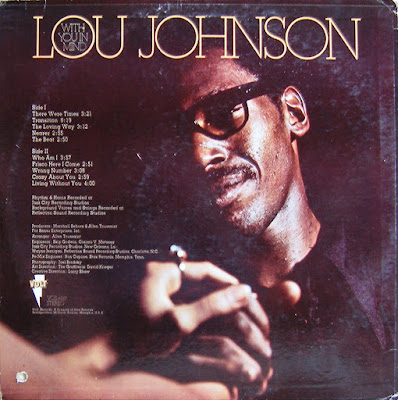