The Royal Showband - The Hucklebuck 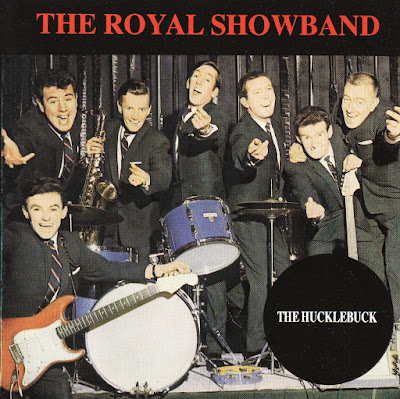 The most popular Irish showband of the 60s, the Royal originally formed in 1957 and turned fully professional two years later, with a line-up comprising Michael Coppinger (saxophone, accordion), Brendan Bowyer (vocals, trombone), Gerry Cullen (piano), Jim Conlan (guitar), Eddie Sullivan (saxophone), Charlie Matthews (drums) and Tom Dunphy (bass). After coming under the management of the astute T.J. Byrne, the Royal Showband were poised to emerge as the biggest act in Eire, playing almost every night to audiences in excess of 2, 000. Ballroom gods, they ushered in the era of the showband and in Brendan Bowyer boasted the genre’s most potent sex symbol. In 1961, they toured the UK, were supported by the Beatles in Liverpool and received the Carl Alan Award for their prodigious box-office success. At some halls firemen were called upon to hose unruly crowds as their popularity reached unforeseen proportions. Back in Ireland, they were the first showband to record a single, with Tom Dunphy singing lead on the infectious, quasi-traditional ‘Come Down The Mountain Katie Daly’. That was just the start. The Royal soon notched up four successive number 1 hit singles: ‘Kiss Me Quick’, ‘No More’, ‘Bless You’ and ‘The Hucklebuck’. The latter became one of the bestselling dance records in Irish chart history. Dunphy and Bowyer continued the chart-topping spree with ‘If I Didn’t Have A Dime’ and the cash-in ‘Don’t Lose Your Hucklebuck Shoes’, respectively. Having conquered Eire, the band switched their attention to Las Vegas where they became a regular attraction from the late 60s onwards. In 1971, Bowyer and Dunphy rocked the Irish music world by leaving Eire’s most famous septet to form the showband supergroup, the Big 8. Although the star duo were briefly replaced by vocalists Lee Lynch and Billy Hopkins, the Royal Showband collapsed within a year. Their founding member Tom Dunphy died in a car accident on 29 July 1975. The abrupt dissolution of the Royal Showband at the beginning of the 70s symbolically ended the showband domination of the previous era, to which they had made an incalculable contribution. 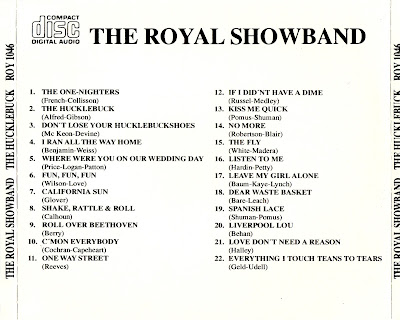