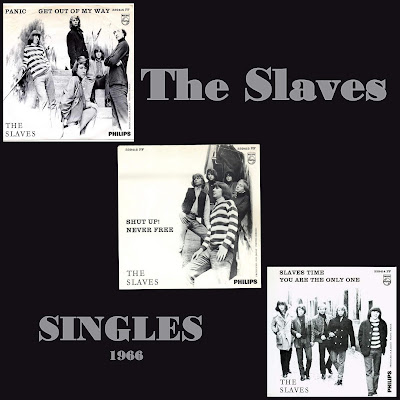 Vienna, 1964. When recruiting for a new band after the break-up of his latest combo The Dogs, notorious teenage outsider Pauli Fischer had a very clear idea about what he was looking for: he wanted the city’s coolest kids to play the country’s most radical sound. His designated goal was to beat the British Pretty Things in every department. Consequently, he assembled a high-profile five-piece lineup that also included Karl Ratzer, who, despite his tender age of 14, was handled as one of the city’s most talented guitarists. Presenting a repertoire of hard Rhythm-N-Blues covers of Bo Diddley, Muddy Waters, and the Animals, the new Proto-Punk supergroup called themselves The Slaves. The rest is history: Swiss promoter (music, boxing) Hansruedie Jaggi, who was in town with the Stones for their Stadthalle show, stumbled upon the Slaves at one of their gigs at San Remo Club, signed them up for his services, and sent them on multiple professional tours in Germany, France and Switzerland, where he advertised them as the “Beat band from hell