The Royal Guardsmen - Snoopy vs. The Red BaronSnoopy & His Friends 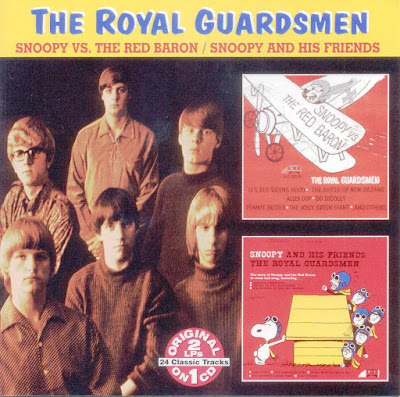 The Royal Guardsmen from Ocala, FL -- Bill Balough (bass), John Burdette (drums), Chris Nunley (vocals), Tom Richards (guitar), Billy Taylor (organ), and Barry Winslow (vocals/guitar) -- enjoyed their brief reign of pop fame in 1966-1968 by recording a series of songs taking off from the Peanuts cartoon character Snoopy and his fantasy about aerial dog fighting with German World War I flying ace Baron Von Richthofen. The million-selling "Snoopy Vs. the Red Baron" was the first and most successful of these novelty records in the fall of 1966, and its follow-up, "The Return of the Red Baron," also made the Top 40.

"Snoopy's Christmas" topped the seasonal charts at the end of 1967. After a few non-Snoopy singles were less successful, the Guardsmen released "Snoopy for President" in the summer of 1968, but the fad was over. The group scored a final Top 40 hit with its two-year-old, reissued debut single, "Baby Let's Wait," in the winter of 1968-1969. The original group split in 1969; a version with some replacement members continued for another year.
https://www.allmusic.com/artist/the-royal-guardsmen-mn0000490805/discography 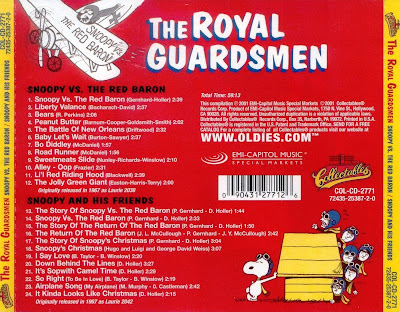