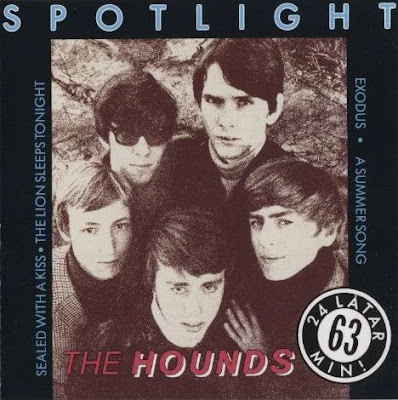 The Hounds -- also sometimes referred to as "the Hound" -- were a Swedish rock band of the mid-'60s, organized in 1965 by 19-year-old guitarist and singer Henrik Salander and his friend, singer Jan Ahlen. The group -- whose other members included Lars Wallander (guitar), Jan Brathe (bass/vocals), and Janne Onnerud (drums) -- had a decided orientation toward pop/rock, with an emphasis on harmony vocals and mainstream fare. Their first major hit was a sung version of "Exodus" in 1966, which reached number three in Sweden; they charted the following year with a cover of Brian Hyland's hit "Sealed with a Kiss" at number two, and hit the number one spot the same year with their version of the Tokens' hit "The Lion Sleeps Tonight." They later hit number six with their version of the Chad & Jeremy hit "A Summer Song," and closed out 1967 with a number four placement on "I'll Take You Where the Music's Playing." Their only chart record of 1968 was a number four hit for "The Gipsy Cried." But they also covered topical material such as Bob Dylan's "The Times They Are A-Changin'," and seemed to have had more strings to their bow than the soft pop of their singles. Additionally, they did record some excellent originals, mostly written or co-written by Salander. And they even brushed up against the pop side of freakbeat with a crunchy, guitar and brass-driven rendition of "Hi-Ho Silver Lining" that could have easily charted anywhere in the world.
Based on the recorded evidence, The Hounds were at least as solid a group as, say, the Hep Stars or the Hootenanny Singers. With their emphasis on covers, they were roughly Sweden's equivalent to the Marmalade or the Tremeloes. But they never pursued music as long as any of those other groups -- as it turned out, The Hounds' key creative member had other, bigger fish to fry. The quintet broke up in 1968 when Henrik Salander decided to pursue higher education full-time, a move that may have cost music some pleasant pop sounds, but otherwise seems to have benefited not only Sweden but the entire world. In the decades since, Salander has pursued a long career in international affairs as a respected diplomat, and among his other activities, he has headed the Disarmament and Non-Proliferation Office in the Swedish Ministry of Foreign Affairs, and was the Secretary-General of the Weapons of Mass Destruction Commission. His interest in music didn't desert him, however -- he once delivered a report on nuclear proliferation to the United Nations sung to the Beatles tune "Yesterday." As for The Hounds, they reportedly have reunited on occasion for one-off performances. 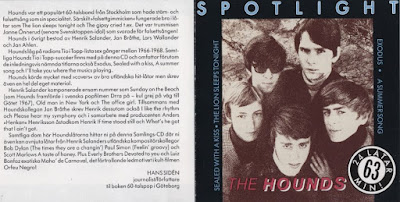 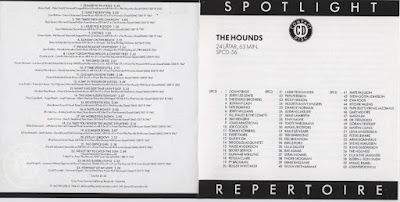 
WANTED :
The Hounds ‎– From The Hounds With Love 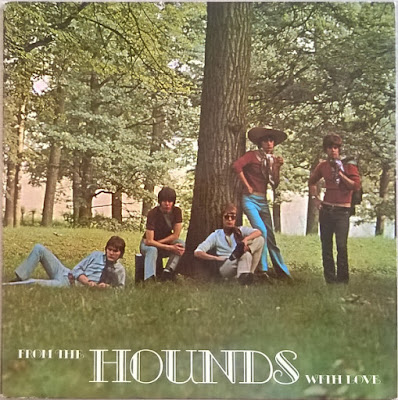