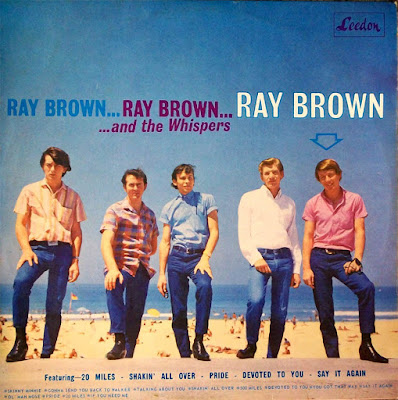 Were a highly successful Australian rock band from 1964 to 1967. Led by singer Ray Brown, they ranked alongside the Easybeats, Billy Thorpe & the Aztecs and Normie Rowe as one of the most popular acts of the period. In 1964, the band played at the Bowl, a Sydney nightclub, doing covers of popular songs such as "Shakin All Over". The group performed regularly in front of thousands of excitable teenagers who danced wildly to the sounds and energy pro-vided by these new pop heroes. It was inevitable that the clean-cut and personable Brown would stand as the equal of Normie and Stevie Wright as a pin-up sensation. Over a frantic period of two years, Brown and the Whispers issued four excellent albums, seven hits singles and eight EPs..