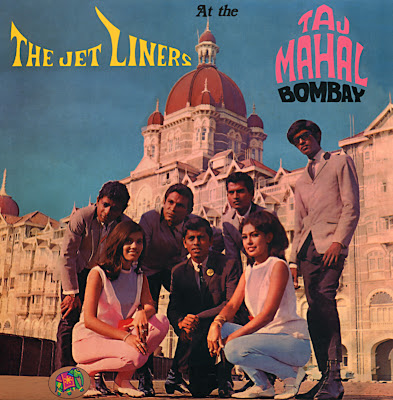 Jetliners - At The Taj Mahal Bombay (1968) The Jetliners were one of the top showbands from Colombo/Sri Lanka (former Ceylon). They had some success in India and released one E.P. and two albums. "The Jetliners At The Taj Mahal Bombay" (Columbia 33EIX.5016 / 1968) was their second LP and it contained exclusively cover versions. I like their versions of "Funny How Love Can Be", "Summerwine" and "Walk On By". If you can get along with Easy Listening this might be for you. The lead guitarist Indra Rajah later moved to Switzerland and formed the bands Indra And The Park Avenue Connection and Indra & Move It. 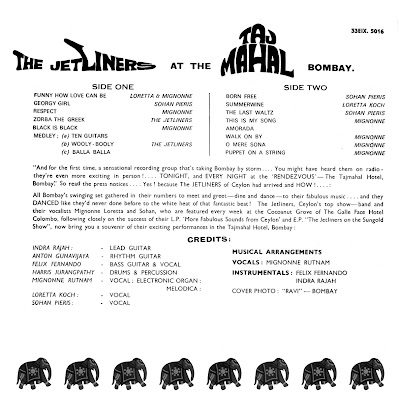 Unofficial Reissue of original album and rarity from 60's beat/pop band from Ceylon (now Sri Lanka). The JET LINERS were a typical 60's cover band who played at the COCONUT GROVE at the Galle Face Hotel, Colombo every week. Album comes in nice glossy sleeve, showing a majestic picture of the band in full Indian sunlight in front of the hotel.