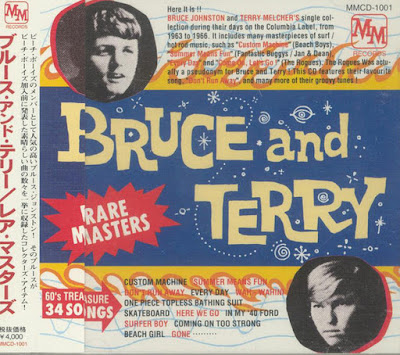 Bruce & Terry were an American musical duo consisting of Bruce Johnston and Terry Melcher. The pair recorded under a variety of names, most notably with the band the Rip Chords.


Best known for their hits as the Rip Chords, the vocal duo of Bruce Johnston and Terry Melcher collaborated on countless hot-rod and surf records during the mid-1960s, working under a seemingly endless variety of studio guises. While Johnston was already a well-known West Coast session player, Melcher (the son of Doris Day) had released a series of singles under the name Terry Day before being named Columbia Records' youngest-ever staff producer; he brought Johnston to the company to release 1963's Surfin' Round the World, and the pair soon began collaborating regularly. As the Rip Chords, they scored their biggest hit with 1964's "Hey Little Cobra; " a series of singles credited to Bruce and Terry followed before the duo went their separate ways, with Johnston joining the Beach Boys and Melcher enjoying even greater success as a producer. In mid-1998 the Sundazed label compiled The Best of Bruce and Terry, a 20-track collection of their hits. 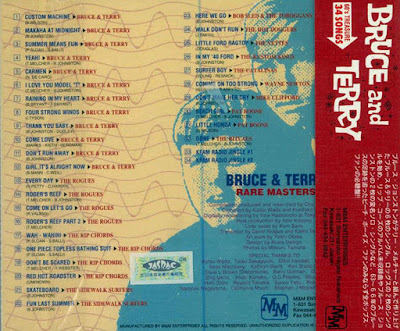