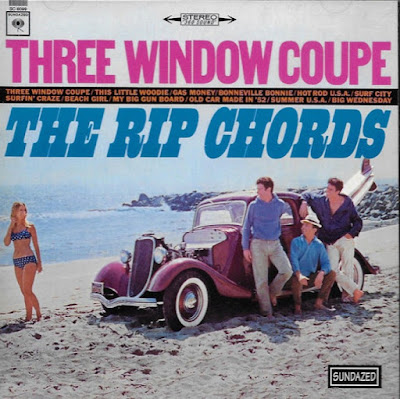 Contrary to popular belief, the Rip Chords were actually a real group, a duo featuring Ernie Bringas and Phil Stewart, overdubbed into a bigger group sound by producer Terry Melcher and his partner, Bruce Johnston. After two failed singles, Melcher and Johnston took over the lead singing reins (and most of the backups as well) and the "group" suddenly had its first hit with "Hey Little Cobra." When original member Bringas left to study the ministry, Stewart brought in two new members -- Rich Rotkin and Arnie Marcus -- who became the official touring Rip Chords. Neither Marcus nor Rotkin participated in any of the future Rip Chords sessions, but neither did Stewart on the majority of them, as Melcher and Johnston provided almost all the lead and harmony vocals. Subsequent singles and albums (the group released two) failed to ignite any chart action and the group had disbanded by late 1965, although they put in an appearance singing "Red Hot Roadster" in a grade Z rock & roll movie titled A Swingin' Summer, which also featured the talents of Gary Lewis and the Playboys, Donnie Brooks, the Righteous Brothers and Raquel Welch, making her movie debut. In 2005 Rotkin revived the Rip Chords name for a release on Collectables titled Shut 'Em Down ...Again.

With the recording of "Three Window Coupe" and its subsequent album and follow-ups, producers Terry Melcher and Bruce Johnston started singing on the Rip Chords sessions as well. This move effectively forced original members Phil Stewart and Ernie Bringas into touring-group-only status. On this album, only Stewart appears anywhere, and even then, it's only on two tracks, "Bonneville Bonnie" and "Old Car Made in '52." But as another Bruce and Terry production, this is top-notch stuff, with all the L.A. session heavyweights and the best hot rod-surf production this side of Brian Wilson and Jan & Dean. No matter who is actually singing this stuff, this is top-notch California surf/hot rod material and a welcome addition to anyone's rock & roll collection. 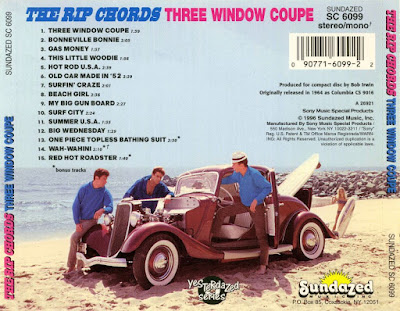