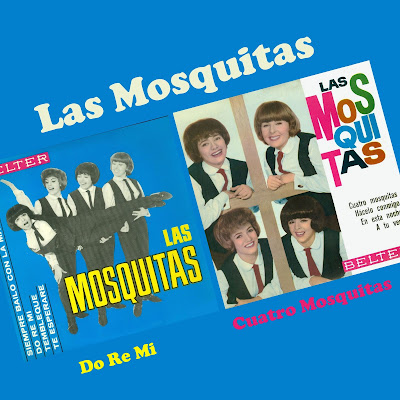 "There's something international about the music of today. You can hear the blues inflection in that Liverpool sound. The Motown beat is distinctive and distinguished. There are young groups and new sounds in Germany and Australia and Japan. It's happening all over the world these days.
The music of today is happening in Argentina, too. There it's a totally new sound. This time it combines a Latin beat with Rock. This is the sound and style of Las Mosquitas, four young an attractive beatle-haired girls who sing an shake their way to fervent performances. They've affected audiences in Spain and Latin-America and other European arenas.
These four girls do it all by themselves. They have the traditional musical combination, 2 guitars, a bass guitar and drums. There is nothing timid or dainty about their approach. These talented females come upon each song with fresh and dramatic accompaniment. They engender a weird and wonderful feeling.
Few people - once they hear Las Mosquitas - fail to be moved by the vitality and warmth of their performances. They've given birth to an intense music. It's most unusual.
Somethign new is coming out of South America these days. It's not traditional Latin tempo. This time it's the sound of Las Mosquitas - four beautiful girls who sing and play a Latin-Rock rhythm that will keep the youth of the world bouncing." ~ Bubblegum Soup 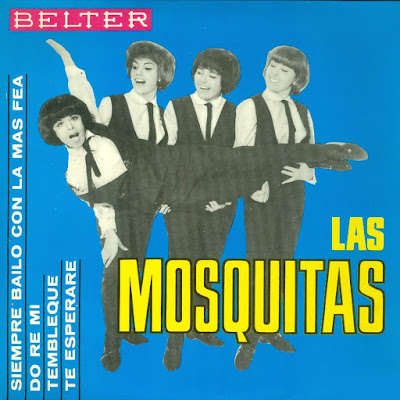 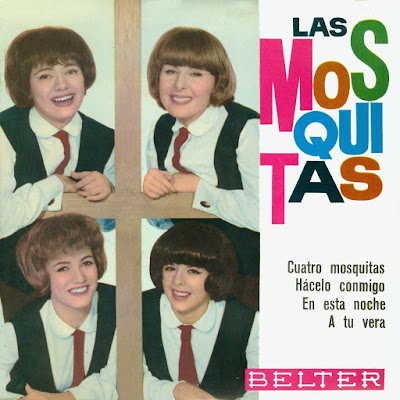 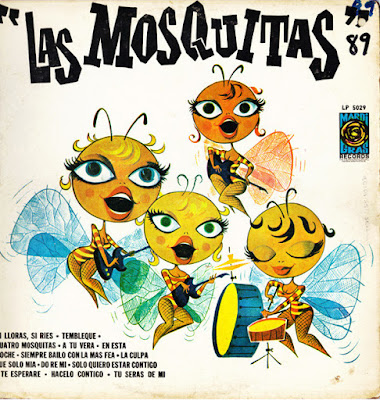