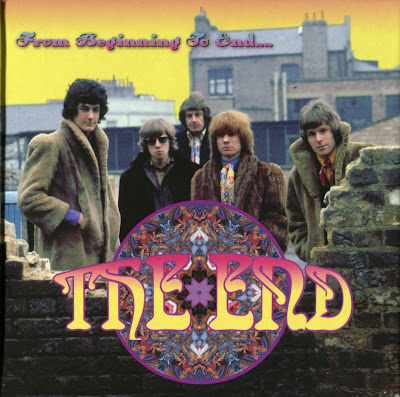 Although never achieving the success they deserved, the End are best remembered for their Bill Wyman-produced psychedelic-pop that was a masterful mixture of swirling, dream-like numbers, and flowery, but never twee, pop. Their Introspection album is now viewed as one of the finest examples of British psychedelia. Dave Brown and Colin Giffin formed the End in 1965 following the demise of beat group the Innocents. Nicky Graham and John Horton were drafted in from Dickie Pride's backing group, the Original Topics, and the line-up was completed with former Tuxedos drummer Roger Groom. After recording at the now legendary R.G. Jones' Morden studio, successful friend Bill Wyman arranged a tour with the Rolling Stones. They also appeared with Spencer Davis on ITV television's Thank Your Lucky Stars playing "Hallelujah I Love Her So." At this time their music was very much in the club-soul/blue-eyed soul style that was sweeping England by storm. Following the tour, Roger Groom quit to be replaced by Hugh Atwooll, a former school friend of Nicky Graham. John Horton also quit, but the split was amicable as he continued to help out on their second single, "Shades of Orange." Cut by Bill Wyman, with the addition of Charlie Watts on tabla, the song was recorded during the sessions for the Rolling Stones' psychedelic foray, Their Satanic Majesties Request. "Shades of Orange" epitomizes British Psychedelia and is one of the genre's most sought after items.
Following the single's release, Gordon Smith also left and was replaced by former Mode guitarist Terry Taylor. The band then decamped to Spain, where several singles were released domestically, including "Why," a Top Five hit in April 1967. By Christmas 1968, both Colin Giffin and Hugh Attwooll had left after recording the Introspection album, and although a new drummer, Paul Francis, was enlisted, the writing was on the wall. With the arrival of another Mode refugee, Jim Henderson, the End metamorphosed into the more progressive-sounding Tucky Buzzard. Introspection was delayed for over a year due to a fallout from the Rolling Stones' bust-up with Allen Klein and was musically the type of psychedelia that had gone out of fashion by the time of its December 1969 release. The band had changed name and style, leaving this glorious album to sink without a trace. 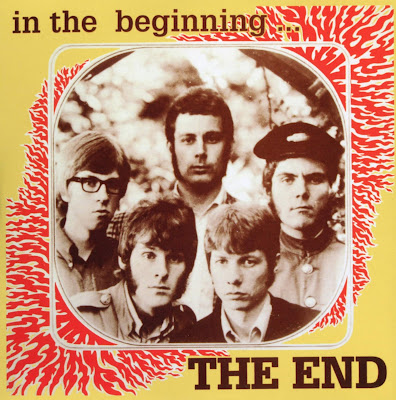 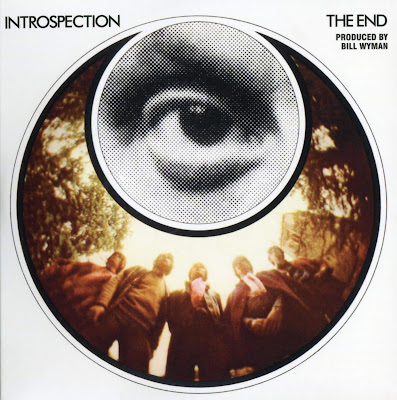 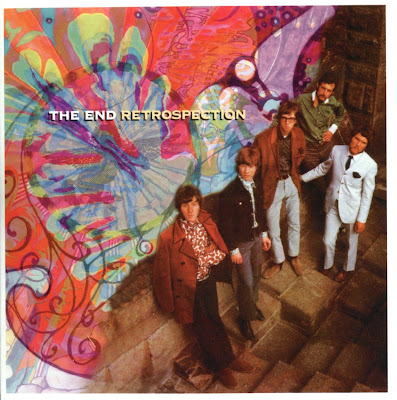 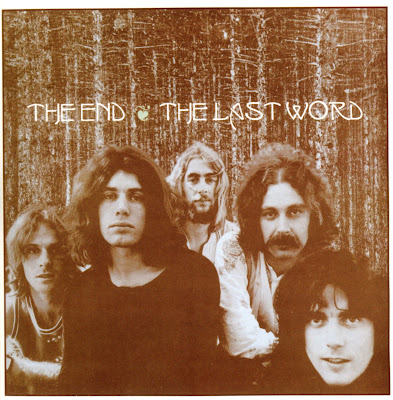 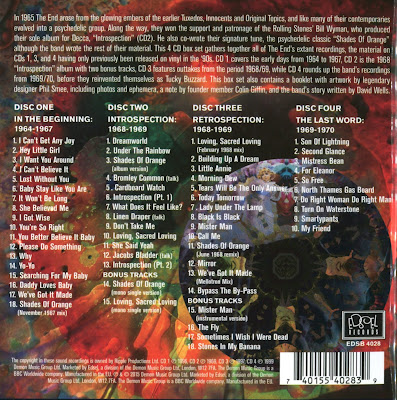 Thanks Cor for this...