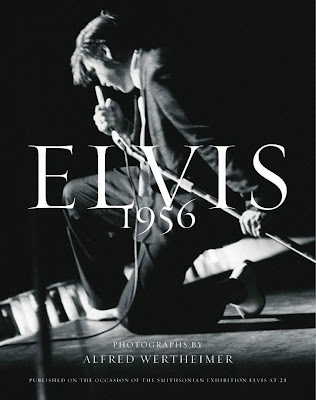 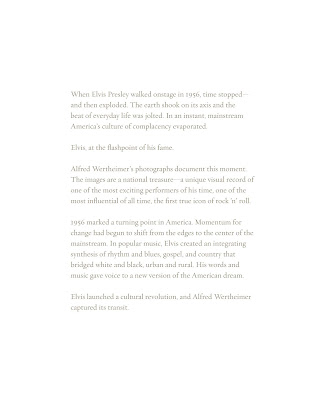 1956 was the year Elvis released his first record, made his first television appearance, and started his movie career. It was the year he became a star. Alfred Wertheimer, then a young freelance photojournalist, was there to document the extraordinary transition. Elvis 1956 features images that are a national treasure, including photographs of Elvis never before published: a unique visual record of one of the most exciting performers of his time, one of the most influential of all time, the first true icon of rock 'n' roll. Here is the first and last unguarded look at Elvis, featuring images of him in every aspect of his life - from performance and with the fans, to the recording studio and at home with his family.

Elvis 1956 serves as the catalogue for a nationally traveling exhibition exhibition developed collaboratively by the Smithsonian Institution Traveling Exhibition Service, the Smithsonian's National Portrait Gallery, and the Govinda Gallery to celebrate the 75th anniversary of the legendary rock star's birthday. Lavishly illustrated with 72 tri-tone photographs and with an introduction by curator Chris Murray, essays by E. Warren Perry, Jr. and National Portrait Gallery historian Amy Henderson, Elvis 1956 is a remarkable window into a defining time for rock 'n' roll's most enduring presence.