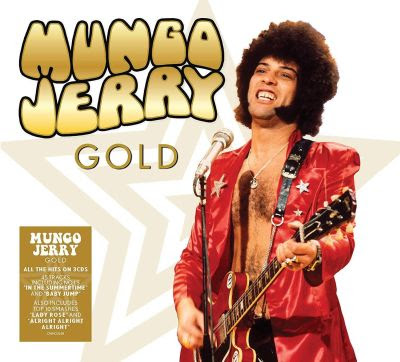 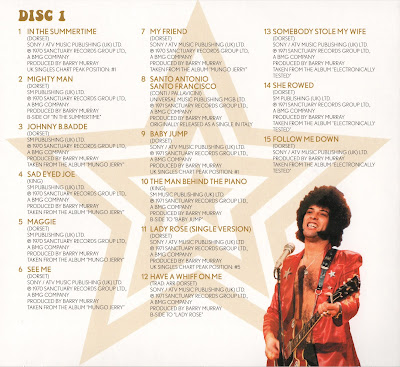 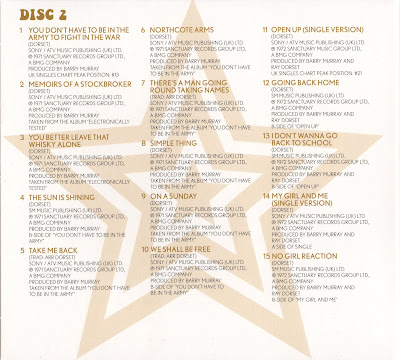 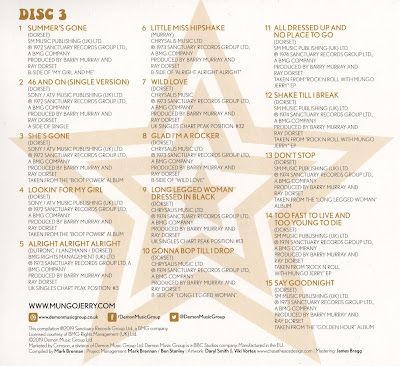 Mungo Jerry are a British rock group who experienced their greatest success in the early 1970s, with a changing line-up that has always been fronted by Ray Dorset. The group's name was inspired by the poem "Mungojerrie and Rumpleteazer", from T. S. Eliot's Old Possum's Book of Practical Cats. The group's biggest hit was "In the Summertime". They had nine charting singles in the UK, including two number ones, and five top 20 hits in South Africa. Mungo Jerry was awarded from Melody Maker the "best new band" title in 1970. Dorset was granted three Ivor Novello Awards as a composer.

Three CD set. Mungo Jerry Gold, features all eight of the band's Top Forty '70s hits across three discs. It includes the international hit 'In The Summertime', which topped the charts in over 20 countries around the world, going on to sell over 30 million copies worldwide. The track is still regularly used and featured in TV adverts and films. The 45 tracks also include the band's second chart topper "Baby Jump", along with "Lady Rose" (#5), "You Don't Have To Be In The Army To Fight In The War" (#13), "Open Up" (#21), "Alright Alright Alright" (#3), "Wild Love" (#32) and "Long Legged Woman Dressed In Black" (#13).