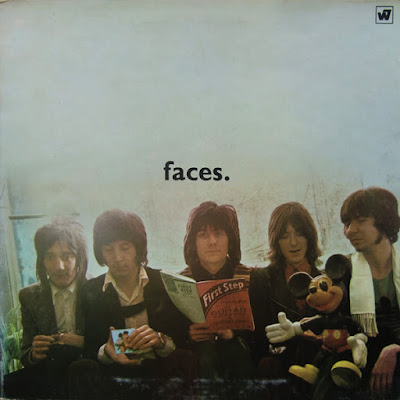 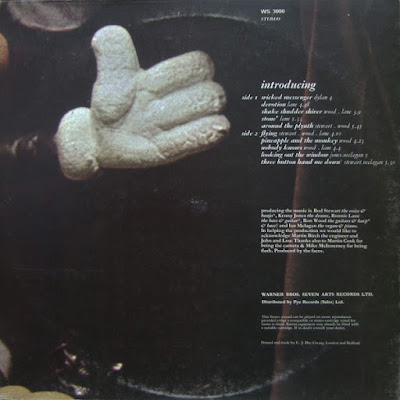 First Step was the first album by the British group Faces, released in early 1970. The album was released only a few months after the Faces had formed from the ashes of the Small Faces (from which Ronnie Lane, Kenney Jones and Ian McLagan hailed) and The Jeff Beck Group (from which Rod Stewart and Ronnie Wood hailed.) The album is credited to the Small Faces on all North American issues and reissues, while record labels for initial vinyl printings give the title as The First Step.

On 28 August 2015, the album was reissued in a remastered and expanded form, including two previously-unreleased bonus tracks recorded shortly after the album's release, "Behind the Sun" and "Mona the Blues" (although the latter was remade by Lane and Wood in 1972 for their Mahoney's Last Stand film soundtrack).

Reviewing in 1970 for Rolling Stone, Joel Selvin found the Faces to be "a fine rock band" but also "highly derivative" and who "play with more control than soul", going on to say, "They know exactly what they are doing and they do it well, as good musicians should, but the precision and purity of their sound seems a little sterile, and they lack the drive and power to make their music work without subtleties."

Reviewing in Christgau's Record Guide: Rock Albums of the Seventies (1981), Robert Christgau viewed the record as "one more complication in the Rod Stewart mystery", saying, "With Jeff Beck he parodies himself before he's established a self to parody. With Lou Reizner he establishes himself as a singer-songwriter of uncommon spunk and a vocal interpreter of uncommon individuality. And here he steps into the shoes of a purveyor of Humble Pie to pose as the leader of a mediocre white r&b band. Best cut: Ronnie Lane's 'Stone.'

All lead vocals by Rod Stewart except where indicated