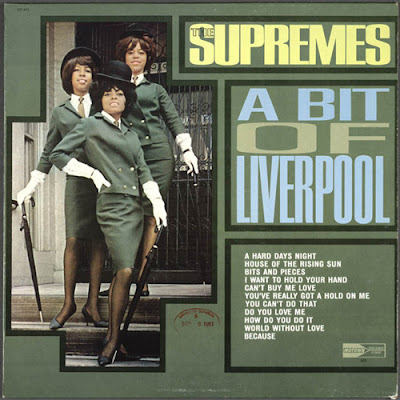 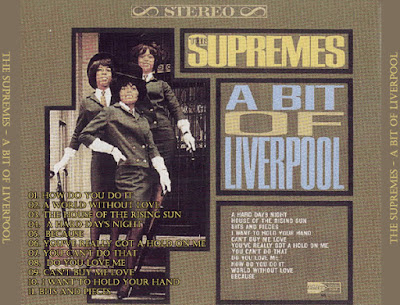 A Bit of Liverpool is the third studio album by The Supremes, released in the fall of 1964 on the Motown label. It was produced by Berry Gordy with Hal Davis and Marc Gordon doing the mixing.

As an indication of how hot they were at the time, the album just missed the Top 20 in the U.S. peaking at No. 21. While not quite as prolific as their pop counterparts at that time, The Beatles, The Supremes enjoyed three albums charting simultaneously in 1964–65. In an odd promotion strategy, they also performed The Beatles' "Eight Days a Week" on several television shows including Shindig and Hullabaloo, though the song did not make the album. According to Motown data, the album eventually sold over 850,000 copies.

For its release in the UK, the album was titled With Love (From Us to You).

"How Do You Do It?" (Mitch Murray)
"A World Without Love" (John Lennon, Paul McCartney)
"The House of the Rising Sun" (Traditional)
"A Hard Day's Night" (Lennon, McCartney)
"Because" (Dave Clark)
"You've Really Got a Hold on Me" (Smokey Robinson)
Side Two