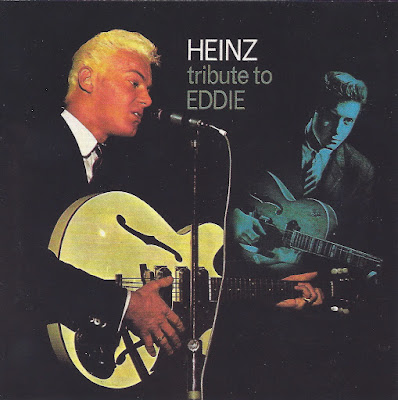 A British teen idol whose fame overlapped with the early days of Beatlemania, Heinz (full name Heinz Burt) first achieved success as the bassist for the Tornados, the instrumental group best remembered for topping the charts on both sides of the Atlantic with "Telstar," before emerging as a recording artist in his own right. The Tornados' music, like the thrust of Heinz' subsequent solo career, was the brainchild of legendary producer Joe Meek -- he became Meek's most visible and well-known protege, before their professional relationship degenerated into hostility and, ultimately, personal tragedy and destruction for one of them. 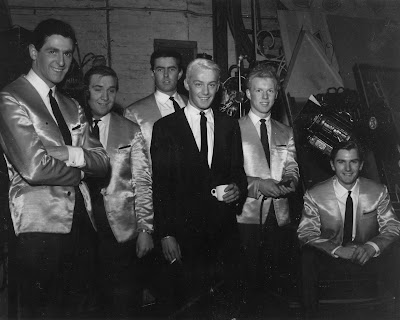 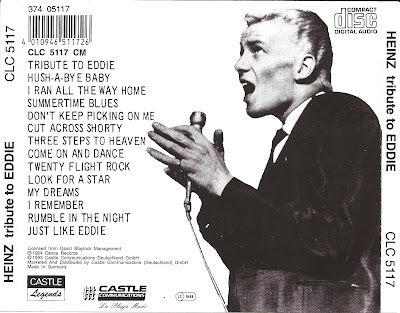 A reissue of Heinz's sole LP, supplemented by four bonus single/EP tracks from the same era. Heinz's only big hit, "Just like Eddie," was a tribute to then-recently deceased rocker Eddie Cochran, and as the title of the album implies, much of the record is given over to Eddie Cochran covers, as well as producer Joe Meek's awkward self-penned "Tribute to Eddie." Certainly none of this was going to position Heinz as any sort of substitute for Cochran, but "Summertime Blues" and "Twenty-Flight Rock" chug along pretty nicely, and the non-Cochran composition "Hush-A-Bye" is one of Heinz's strongest little-known cuts. But basically the album is only for Joe Meek purists; Heinz's own material is better represented via compilations.