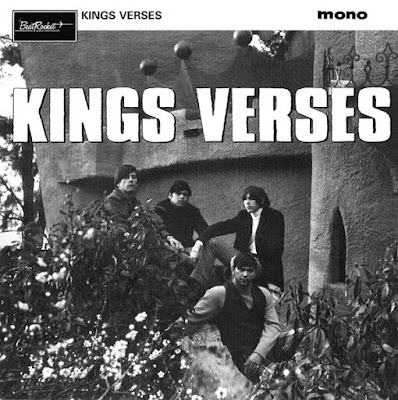 All tracks recorded 1966.
The first 10 tracks are unreleased studio recordings.
B5 and B6 were recorded live at KYNO Battle Of The Bands - '66.

The discovery of the 1966 Kings Verses demos is one of the punk rock/garage music finds of the genre. The ten tracks compiled on this audiophile vinyl album show a band that very well could have competed on the L.A. music scene of 1966, no problem. The songs, most from guitarist/singer Jim Baker, are perfect period pieces, with "A Million Faces," "Lights," "When You Loved Her," "It's Not Right," "It's Love" and "She Belonged to Me" being among the highlights. As an added bonus, there are also live versions of "Lights" and "She Belonged to Me" aboard from their first-place performance at the 1966 KYNO Battle of the Bands. A missing chunk of '60s garage rock history. 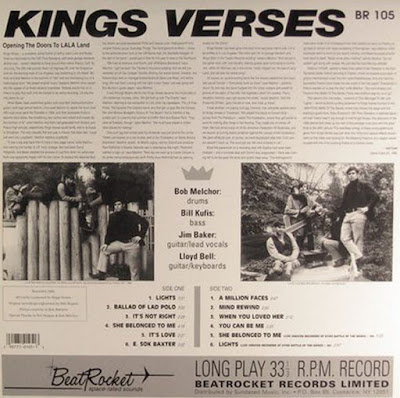