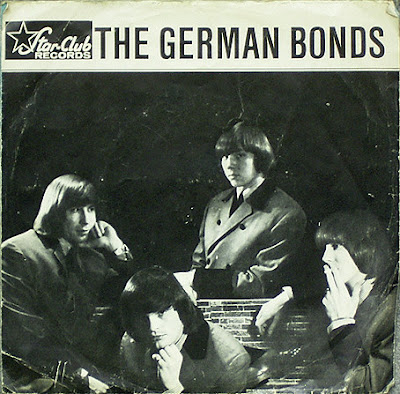 The German Bonds started out in 1962, soon acquiring a top spot in the Star Club lineup of german beat groups. A few early r&b performances are preserved on the album Rock and Beat Bands Competition, recorded in December of ’63. Their first 45 was the horrendous mock-classical “Sonata Facile”, redeemed by a fine version of “So Mystifying” on the flip.
In 1965 they contributed a good version of a song I’m not a fan of, “Remember” (aka “Walkin’ in the Sand”) to a couple Star-Club various artists lps of the time, Scene ’65 and Sweet Beat. 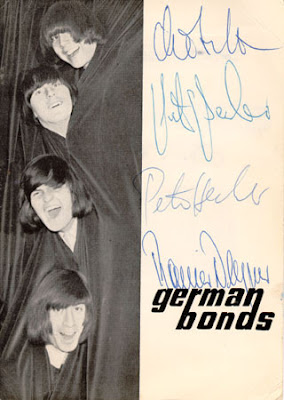 The line-up changed from time to time, but by 1966 consisted of Rainer Degner lead guitar and vocals, Peter Hecht keyboards, Jurgen Bock rhythm guitar, Dieter Horns bass and vocals, and Peter ‘Peet’ Becker drums. This line-up recorded their strongest record, “We’re Out of Sight”, backed with a great adaption of the traditional “Sing Hallelujah”, released in September of ’66 on Polydor International. It took me nearly three years to track down this one!

Their last recording was for Fontana in 1968, the awful pop tune “Skinny Eleanor” with a somewhat better freakbeat-ish song called “Birthday Is Today” on the b-side.

The Bonds have some connection to obscure Star-Club artists like the Fixx (supposedly the Rattles) and Our Gang. Check out the best song from the Fixx’s only release, “Looking for the Right Girl”. 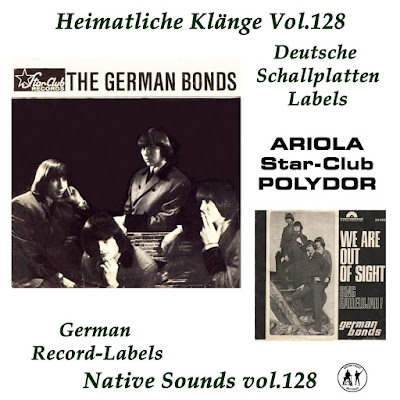