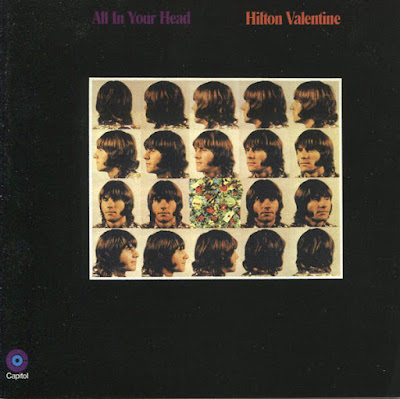 .One of the more prominent, yet enigmatic, guitarists of the British Invasion, Hilton Stewart Paterson Valentine was born in North Shields during World War II. He took up the guitar in his teens amid the rock & roll boom in England and formed his own group, the Wild Cats, in 1962. Before they'd gotten too far, however, he was offered a spot early the following year in an outfit who were then called the Alan Price R&B Combo, consisting of Alan Price, Chas Chandler, John Steel, and Eric Burdon. 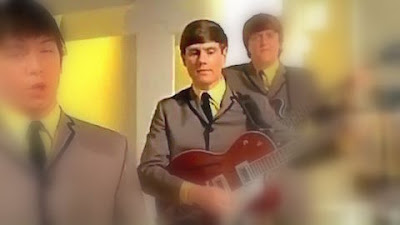 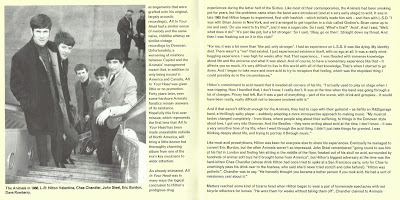 As the guitarist for the Animals, as they later became known, Hilton Valentine became one of the most visible musicians of the British Invasion, propelled to a level of stardom by the band's international number one hit, "House of the Rising Sun." Valentine tended to be more of an ensemble player than a soloist, although he proved he could be distinctive with his playing on the group's first two singles, "Baby Let Me Take You Home" and "House of the Rising Sun." The latter, a number one hit in a multitude of countries, including England and America, was one of the great guitar showcases of the early British Invasion and also one of the most enduring. Although the arrangement of the song (a traditional folk number learned from Josh White's recording) was copyrighted in Alan Price's name, Chandler and Steel maintained for years that Valentine's role in devising the arrangement was at least as large as Price's, much as his guitar was as prominent in the group's recording as Price's organ. Even early on, he was part of a distinctive circle of real musicians (as opposed to media stars), alongside Georgie Fame and other of the more talented blues-based players and singers of the period. 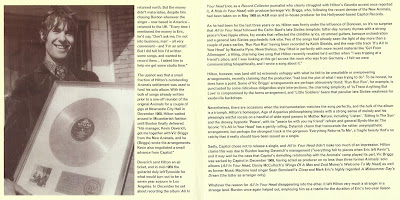 Although he could play traditional blues licks, chug away Bo Diddley-style, or offer hard rocking Chuck Berry leads, Valentine was also very good at playing melodic accompaniments in a manner closer to that of Curtis Mayfield. He was quietly versatile, usually slightly in the shadow behind Burdon's lead singing and Price's (or his successor Dave Rowberry's) organ, and endured in the group right to the summer of 1966 and their final single, "Don't Bring Me Down." Apparently, it had been Burdon's intention to keep Valentine aboard in the group he formed out of that split, but he never became part of Eric Burdon and the Animals (or the New Animals, as they were sometimes called). 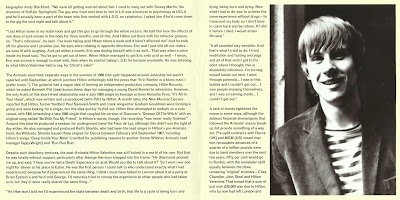 At one point, there was some discussion about hooking up with ex-Yardbirds bassist Paul Samwell-Smith, and Valentine was involved with attempts at forming a new group with the former members of Graham Gouldman's one-time band, the Mockingbirds. He also played a hand in helping his ex-Wild Cats bandmate Keith Shields try for solo stardom with a single on English Decca. At the end of the '60s, however, Valentine moved to California, where he resumed his contractual relationship with EMI for one album -- the beautiful, enigmatic, acoustic-textured psychedelic album All in Your Head.
Before We Were So Rudely InterruptedValentine was largely invisible during the early '70s, and some accounts have him living in Canada. He was back in fine form, however, for the Animals reunion album, Before We Were So Rudely Interrupted, released in 1976. He returned once again at the core of the Animals' lineup for their somewhat longer lasting early-'80s reunion, hooked around the Ark album and an international tour in 1983.
Ten years later, Valentine put together the Animals II as a vehicle for performing the old group's songs, joined by original drummer John Steel and Alan Price's 1965 successor at the organ, Dave Rowberry. That group has since toured the world and recorded a CD of their best numbers. Hilton Valentine endures as one of the more well-liked and respected of still-active '60s rock survivors, with a group that uses the old Animals' sound as a jumping off point for fresh music-making in a classic style. 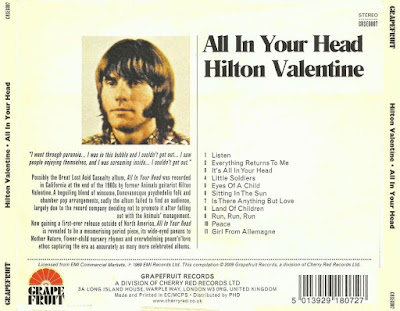 Even many committed Animals fans don't know that the group's guitarist, Hilton Valentine, did an obscure 1970 album in which he stepped from the sideman shadow to sing and write his own material. But while fellow ex-Animal Alan Price had done this with considerable success, and Eric Burdon had launched a fairly successful solo career of sorts when he fronted a new version of the Animals (and later War), Valentine's LP was consigned to instant collector's item status. With production by another ex-Animals guitarist, Vic Briggs (who joined after Valentine left), it's actually not such a bad record, sounding at times a little like a more modestly talented variation on the rustic folky rock of British blokes such as Ronnie Lane. But neither is it a particularly memorable one, emphasizing low-key, wistfully gentle tunes with a touch of Baroque production and orchestration. Valentine's singing is serviceable and suitable for the watching-the-river-flow-after-the-storm mood, but nothing on the order of, say, Burdon, or even Price, to take two convenient points of comparison. It's least successful when it ventures into country-vaudeville-influenced material (especially on "Little Soldier"), and best when it's at its most fragile and tuneful ("Everything Return to Me"). Overall he sounds like too gentle a soul to weather the storms of the music business, such is the nearly guileless naiveté of his outlook.