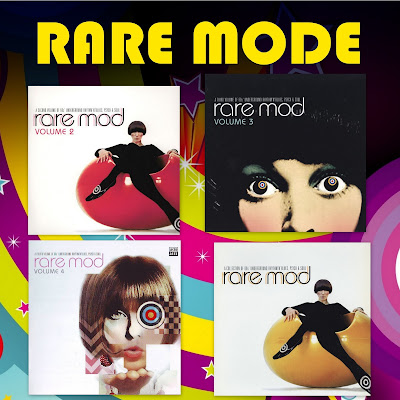 A collection of Sixties underground Rhythm and Blues, Psych and Soul. 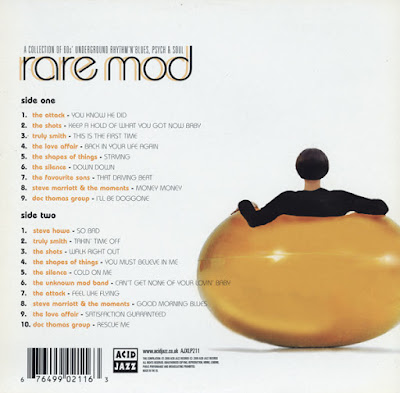 Every once in a while a compilation comes along that re-defines the genre. - Nuggets and Pebbles spring to mind; classic collections crafted with care.

Cut from the same cloth is Rare Mod.

I am pleased to report that he was successful. The end result is titled simply Rare Mod and features some of the finest unheard gems: tracks that were never released at the time, demos and obscure 45’s that were pulled within days of release.

From obscure British soul (Truly Smith) though r n b (The Shots, The Doc Thomas Group), early psyche (The Attack, The Silence) to out-and-out mod classics (Steve Marriott’s Mo-ments, The Shapes Of Things) – all the genres and styles are represented and many of the musicians involved went on to massive success in later years.
With mod enjoying its highest profile in a generation, from Weller and Oasis to The Last Shadow Puppets and Twisted Wheel, this album showcases a whole host of brilliant, un-discovered anthems for old hands and new converts alike

Reviews confirmed in Mojo, Record Collector, Uncut, Q and Scootering as well as all the specialist press, fanzines and websites 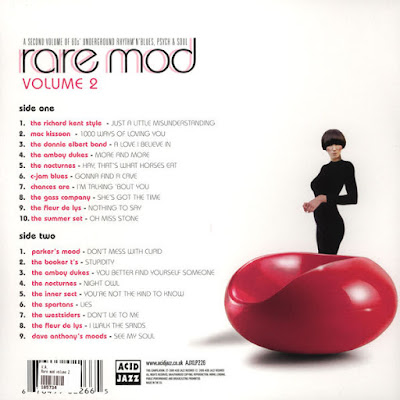 Mod is entering it’s 60th birthday and is once again growing as a cultural force – a new generation has discovered this most quintessential of British cultures.

Acid Jazz are celebrating with the next installment of their highly successful RARE MOD compilation series.

The east London indie has combed the attics and wardrobes of hundreds of original musi-cians and collected an amazingly broad cross-section of previously unreleased material. Acetates, demos and bona-fide unreleased songs combine on a hard hitting and commer-cially successful release.

Volume one was released earlier this year to much acclaim and was described as a genu-ine rival to both Nuggets and Pebbles. Volume two is a step up in class and rarity.

From obscure British soul (The Donnie Elbert Band and Mac Kissoon) though R n B (C Jam Blues, Parker’s Mood and The Gass Company), early psyche (The Nocturnes, The Amboy Dukes, The Summer Set) to out-and-out mod classics (The Fleur de Lys and The Richard Kent Style) – all the genres and styles are represented and many of the musicians involved went on to massive success in later years.

With mod enjoying its highest profile in a generation, from Weller and Oasis to The Last Shadow Puppets and Twisted Wheel, this album showcases a whole host of brilliant, un-discovered anthems for old hands and new converts alike.

Compiled by and with sleeve notes from Paul “Smiler” Anderson and Damian Jones. 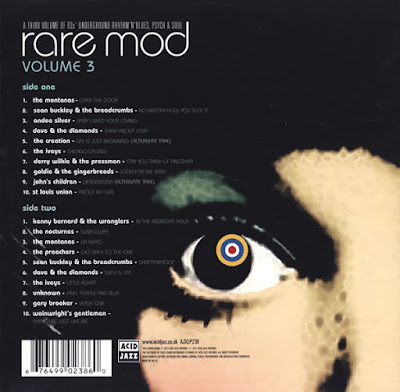 Volume 3 sees the best collection yet - some of the finest underground mod, rhythm and blues and beat bands of the sixties, all digging out those unreleased acetates from on top of wardrobes, suitcases in the attic and in some cases, unheard studio master-tapes.

On a 'mod' compilation you would expect mostly nothing but mod styled beat / garage / freakbeat, but there are a few exceptions. Take the London born Andee Silver who made this recognisable Motown pop single, here included. Female pop hardly is found on mod compilations, but there's another one. Goldie & The Gingerbreads, more being an American harmony vocalist band, found most of its success opening before The Rolling Stones and touring with The Kinks. Different but not in a too great sense also is the 'Northern Soul' band Kenny Bernard & The Wranglers, with another version of “In the midnight hour”, another connection to London. There are two tracks in earlier 60s styles and a few bluesier tracks included for one more London connection. Such tracks makes the compilation a bit more alternated, while it is of course the mod connection which gives most of the expected / sought after satisfaction. There has been enough background info and a few rare photographs of many of the bands/recordings added. Nothing is completely surprising like mod hardly does for me, although a few songs could have made a bigger public with the right connections and circumstances. The compilation is already worth checking out for The Creation's Beatlesque string soaked song.

Mod, you can't live with it, you can't live without it! - whilst this extraordinarily resilient youth culture continues to defy the natural laws of science and quietly die, unnoticed in some dingy corner of a Soho alley, it is again reborn, embraced by a new generation of British youth - the thirst for original mod iconography, history and music has never been greater, so Acid Jazz records prepare for the release of their third instalment of the evergreen RARE MOD series…

Familiar names like The Creation and John's Children with alternate takes of both Life Is Just Beginning and Desdemona (which features some previously unheard Marc Bolan vocals). Lesser lights such as The Iveys, The Preachers (featuring a young Peter Frampton), Gary Brooker (later of Procul Harum) and St Louis Union contribute amazingly rare material - there's British soul from Goldie & The Gingerbreads, Kenny Bernard & The Wranglers (who boasted a young David Bowie on saxophone as part of their early line-up) and Andee Silver, psych from The Montanas and Dave & The Diamonds (up there with anything on the original Nuggets release!), R&B from Sean Buckley & The Breadcrumbs or Derry Wilkie & The Pressmen.... 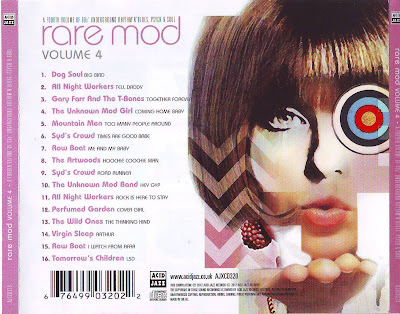 And two albums, which our friend Daniel kindly shared with us. 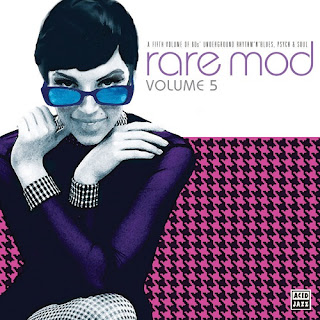 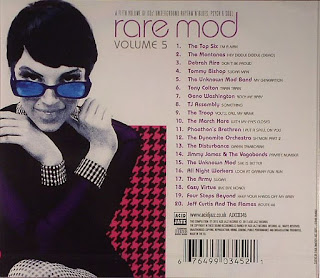 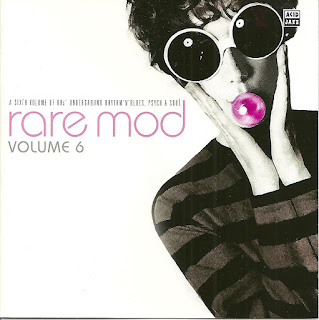 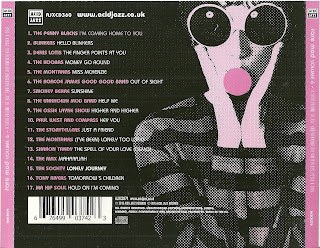