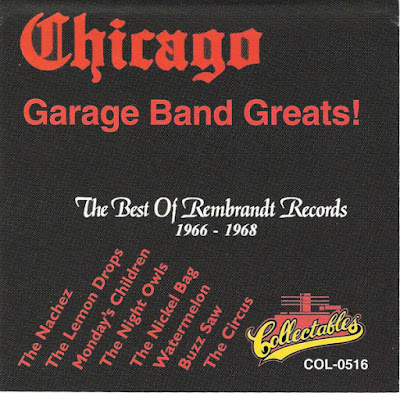 The Chicago-based Rembrandt label never had anything remotely resembling a hit, but it did record and release some decent garage pop in the mid-'60s, usually with a cheerier feel than the garage norm. Most of these 14 cuts, actually, were not released at all. It's nothing to make you junk your New Colony Six records, though it's reasonably pleasing. Worth a special mention are the infectiously sunny cuts by the Lemon Drops (who have two albums of their own on Cicadelic), and the Nuchez's zanily inventive "Open Up Your Mind." For years, collectors had thought that the latter tune was a British release, due to its inclusion on the British psych comp Chocolate Soup for Diabetics and its authentic freakbeat feel. 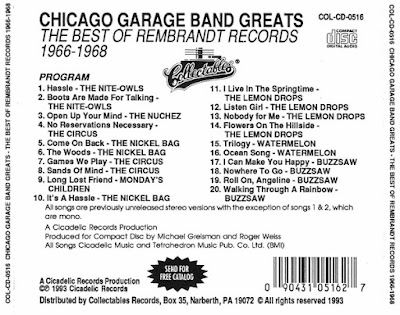