Jimmy And The Rackets - Complete 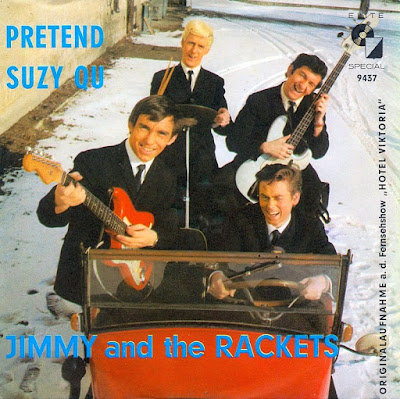 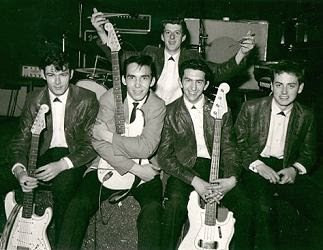 Jimmy had left Sonny Steward and the Dynamos in Hamburg and was on his way to form a new band. Since 1961, when Jimmy first came to Hamburg, he frequently visited the Star Club, where amongst many others he met Little Richard, Duane Eddy and the Everly Brothers. Finally his mother Myra placed an ad in the Melody Maker in England and on board came: Georg Clark (bass), Ian Thomas (saxophone), Joseph "Joe" Cunningham (guitar) and Michael "Mick" Godfrey (drums). Jimmy's new Band The Continentals had its first gig at the "Maxim" on Frankfurt's Kaiserstrasse.
In summer 1963 the formation changed again: Lawrence "Curly" Spector on bass, Barry Jeffers on piano, Reginald "Buzz" Washington on drums, Joe Cunningham on guitar and Jimmy Duncombe guitar and vocals. But Jimmy accepted an engagement for a solo career in the Romano Gold Show, a Rock'n'Roll road show for the US army bases in Germany. This solo career was abruptly ended when the US army stopped all entertainment for 2 months right after the assassination of President John F. Kennedy. Well, Jimmy was without income and .. joined The Continentals again in Freiburg (Breisgau) in Germany.More : 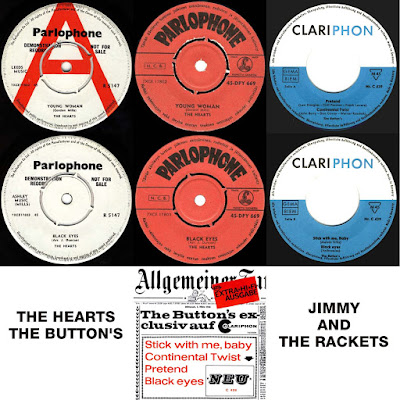 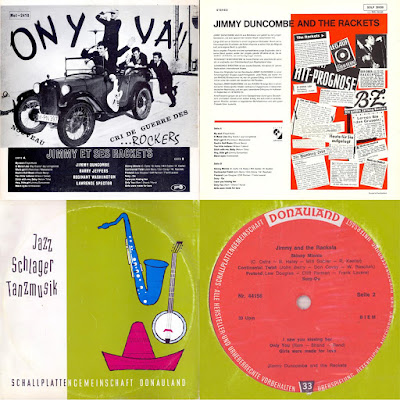 " Starts in UK, recordet and released one '45 under name The Hearts (see record-label)and then start to play in Germany in clubs like Star-Club or Top-Ten und others, also in us-army clubs,recordet demos in Ton-Studio Bauer Ludwigsburg.
Bauer sold from this demos 4 tracks to a low-budget label Clarifon (The Button's) = first relase in Germany (the group knew nothing about it)
Then Bauer sold all demos to Elite Special (also the group knew nothing about it).
Elite Special released '45 under the name Jimmy And The Rackets.
The groupe suddenly heard their tracks in the music box (they still did not know about the deal)
The '45 My Soul and Skinny Minnie and this first lp was a big hit in germany!!
and remember, the first lp are all demo recordings, but with fantastic drive !!
and the rest is history..." ~ Jancy 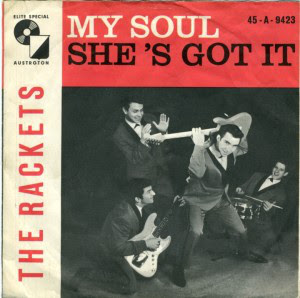 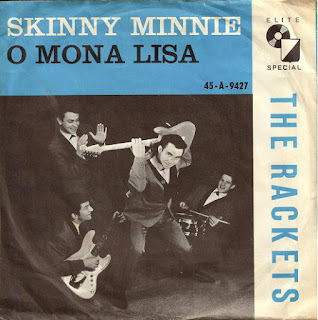 Jimmy And The Rackets - Complete
The  Hearts - The Button's