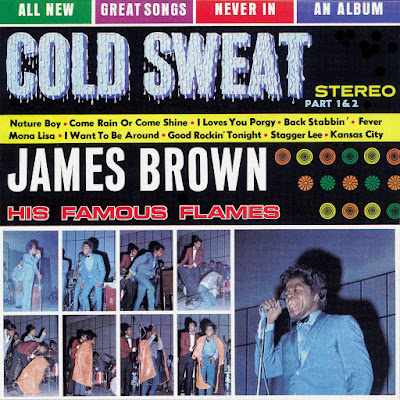 If "Cold Sweat" was a revolutionary single in 1967, clearly pointing the way to funk music, the Cold Sweat LP at least promised to be something new in James Brown's catalog as well. Where Brown's albums had been collections containing his current single and miscellaneous older tracks, this one proclaimed on its cover, "All New," "Great Songs," "Never In," "An Album." This was not quite true. While half of the tracks had been recorded during the first half of 1967, the other half (though previously unreleased) dated from 1964. That wasn't the main problem with the album, though. Having taken a giant step forward with "Cold Sweat," Brown spent the rest of the album stepping back, covering standards such as "Nature Boy" and "Mona Lisa" (associated with Nat King Cole), "Fever" (Little Willie John), "Stagger Lee" (Lloyd Price), and other oddities, including "I Loves You Porgy" from Porgy & Bess. Brown was never anybody's idea of a smooth ballad singer, and this material was all the more incongruous when packaged with his most remarkable slab of funk yet. 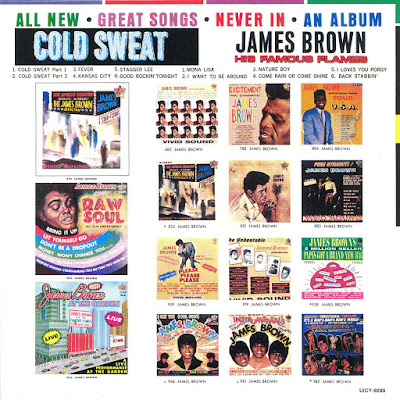 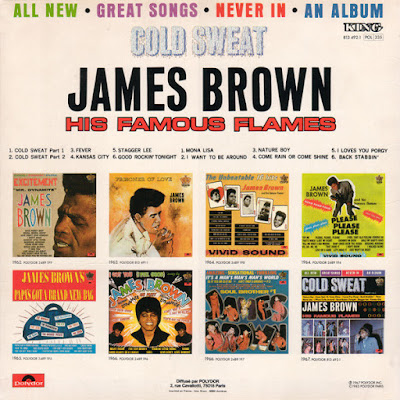